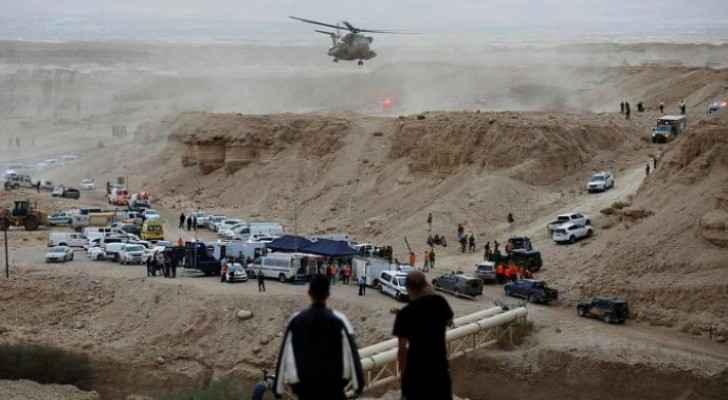 Thursday, the Amman Court of Appeal issued its final decision in the 'Dead Sea tragedy' case. Local authorities declared that the school owner involved in the case is innocent.

However, the school's principal was sentenced to three years in prison.

One tourism company co-owner was given a three-year prison sentence, while a partner in another company who has been charged was declared innocent.  Additionally, three Ministry of Education employees were declared not responsible.

The Dead Sea tragedy occurred in 2018 and claimed the lives of 22 people and injured 43 others, most of whom were children, as they were swept away by flash floods near the Dead Sea.