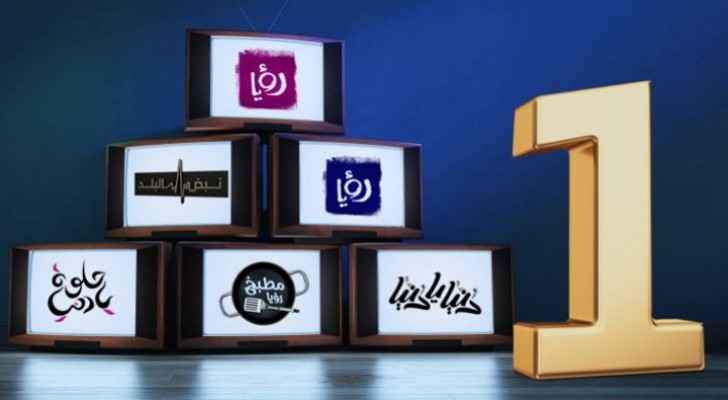 Wednesday, a study issued by Ipsos announced that Roya TV has ranked first place as the most watched television station in Jordan.

The study, which is announced periodically by Ipsos, reflects the influence of local and Arab media institutions in Jordan. The study, which was conducted against a national sample with a margin of error of 2.2 percent, included 2,500 participants over the age of 15.

Roya topped the list of the most followed tv networks at a rate of 29.1 percent between October and November.

As a news source, Roya ranked first in the Kingdom with the most viewership, followed by Al-Mamlaka TV and JRTV.

In the morning show category, Roya’s ‘Donya Ya Donya’ program which airs from 7 AM to 11 AM from Saturday to Thursday also topped the ranks, surpassing all other morning shows broadcasted on local channels.

In weekly programs, Roya’s ‘Helwa Ya Donya’ ranked first over other Friday morning shows. The program airs every Friday at 9 AM.

In the culinary category, the ‘Roya TV Kitchen’ program ranked in first place amongst all others.

Roya affirms its pride in its Jordanian viewership and remains committed to serving it’s viewers.

Unemployment remains cause for concern for Jordanians: ....

Unemployment remains cause for concern for ....

Unemployment remains cause for concern for ....

Unemployment remains cause for concern ....

Six out of 10 Jordanians believe there will not be another ....