As pandemic remains at large, these are latest COVID-19 developments

As pandemic remains at large, these are latest COVID-19 developments 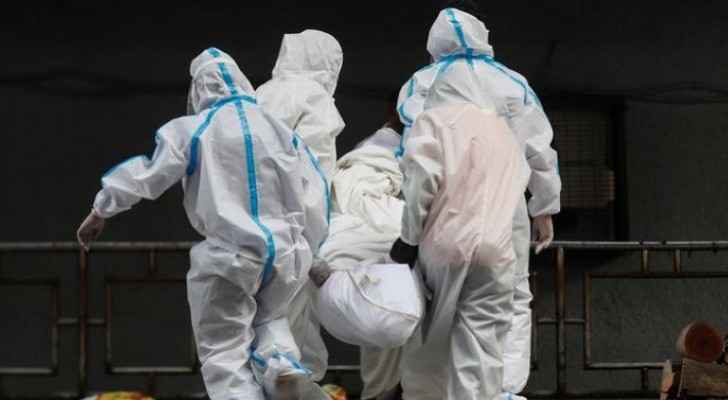 As the pandemic remains at large worldwide, the following are the latest developments related to the infection spread Wednesday.

- The European Union reopens its borders with Britain -

France, Belgium and the Czech Republic have begun reopening their borders with the United Kingdom Wednesday to allow their nationals to return. Additionally, goods will continue to be transported through the English Channel with several conditions set in place.

The port of Dover resumed movements Tuesday night and Wednesday, as did Eurostar train journeys from London.
Over 50 countries have suspended or imposed restrictions on entry for travelers after the discovery of a new strain of the mutated COVID-19 strain from Britain.

A vaccination campaign against the coronavirus was launched in Switzerland Wednesday, and a woman over the age of 90 in Lucerne became the first person to receive the vaccine, four days after it was licensed by Swiss authorities.

Mexico is set to launch its vaccination campaign Thursday, with the arrival of the first batch of US-German Pfizer-BioNTech vaccines, as the government announced.

The first vaccination series will begin Sunday in France in two or three homes elderly care homes. The vaccination campaign will also include “dozens of residents”, according to the French Ministry of Health.

Wednesday, Sydney, Australia eased restrictions in light of the Christmas holidays, after Australia's largest city recorded, for the second day in a row, fewer than 10 cases of COVID-19.

The French company ‘Eurofins Scientific’ announced the launch of equipment which will allow citizens to take PCR test samples at home to detect COVID-19 infections.

In the US Oct. 19, the FDA approved a similar testing kit called ‘Empower DX Kit’.

US President Donald Trump rejected the economic stimulus package of about $ 900 billion approved by Congress, describing it as a "shame", while calling for an increase in the value of checks intended for families.

The new aid package will replace the massive $2.2 billion plan which was adopted at the end of March during the first wave of the COVID-19 pandemic.

However, the President-elect Joe Biden announced his plans to ask the Congress to vote on a new support plan for the US economy.

The pandemic has caused the death of over 1.7 million people worldwide since the World Health Organization’s (WHO) office in China reported the initial outbreak of the disease at the end of Dec. 2019, according to a census conducted by Agence France-Presse.