Dozens of travelers stuck at German airports after arriving from UK 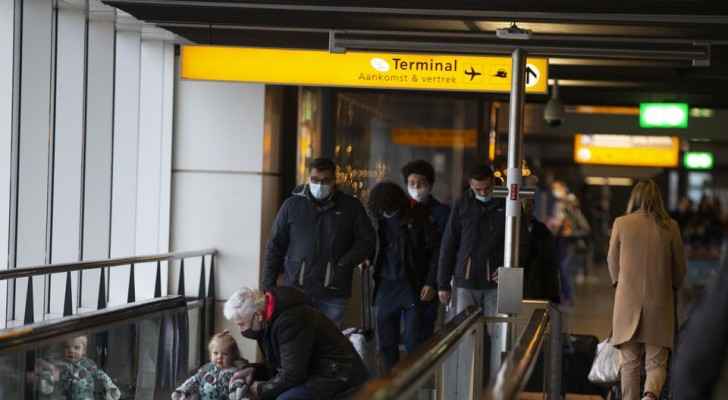 Dozens of travelers who arrived from the United Kingdom found themselves stranded at German airports Sunday night Monday after the decision to suspend flights with Britain due to the new strain of coronavirus that was discovered on its soil.

A German woman said, "Please help us get out," according to what a video tape posted on the Internet showed.

At Hanover airport in the north of the country, the new measure affected a group of 63 passengers returning from the United Kingdom who were not allowed to leave the airport, according to local police.

Everyone had to undergo a coronavirus examination, the results of which are expected Monday.

The airport allocated beds in one of its buildings, where passengers will spend the night.

"Our goal is to prevent the new strain of the virus from spreading in the region," Andreas Krantz, an official at the local health authority, told the German news agency (DPA).

Tension prevails among the stranded passengers, especially between a group of people, including a nine-month-old baby.

"We are at Hanover airport and were detained against our will. We were tested and prevented from leaving the building awaiting results," said young German Manuela Tomis in a video published by the German newspaper Bild.

The situation was similar at Stuttgart airport, but with a smaller group of passengers who arrived from the UK and were taken to a test center at the airport's site, according to a spokesperson for the facility.

They will be allowed to leave the building if the tests they undergo are negative, but they will also have to undergo a quarantine later.

"We are aware of the inconvenience this causes, especially just before Christmas," the local police said, stressing, "We are doing our best to ensure that security conditions are respected when entering German lands."

Germany, like many countries, suspended flights with the United Kingdom at midnight on Sunday. The emergence of a new strain of coronavirus in the United Kingdom raises concern from authorities because it may be up to 70 percent more contagious than its predecessor.