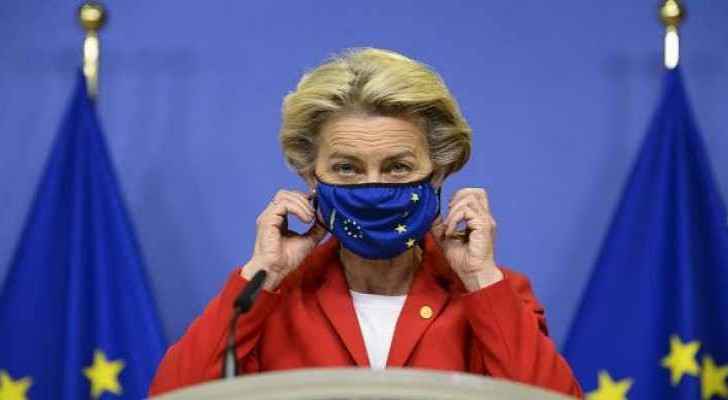 Thursday, the President of the European Commission Ursula von der Leyen announced on Twitter that the EU will start coronavirus vaccine inoculations Dec. 27. According to AFP, The EU is carrying out a coordinated vaccination programme across its 27 member states to ensure fair access to the vaccine.

"It's Europe's moment. On 27, 28 and 29 December vaccination will start across the EU," tweeted von der Leyen.

Von der Leyen’s spokesman Eric Mamer told journalists that the vaccine rollout was conditional on the European Medicines Agency’s (EMA) authorization of the Pfizer-BioNTech vaccine, which is set to take place Monday.

Beating the EU in the vaccine rollout was Britain and the United States, who are already inoculating people with the Pfizer-BioNTech vaccines under emergency national authorisations.

The European Commission has agreed with seven different suppliers of potential vaccines to ensure that all adult EU citizens will be innoculated eventually.

European member states will decide who gets priority for the vaccines. However, elderly and healthcare workers treating COVID-19 patients will be a priority.

In Europe, the Pfizer-BioNTech vaccine is produced in a Belgian Pfizer facility, which will be distributed using trucks and planes. The vaccine must be stored at -70 degrees Celsius to keep it viable, but can be transported for short periods at two to eight degrees Celsius.