Erdogan: US sanctions are infringement of Turkish sovereignty 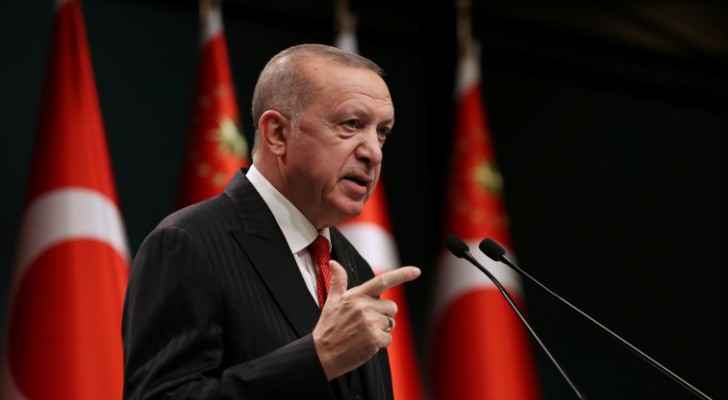 Wednesday, Turkish President Recep Tayyip Erdogan condemned the sanctions imposed by Washington on Turkey for its possession of a Russian air defense system, saying that they encroach on the "sovereignty" of his country.

In his speech, Erdogan said, "What kind of alliance is this? This decision is a clear violation of our sovereignty," referring to the affiliation of Turkey and the United States to NATO.

Under a law passed almost unanimously by Congress in 2017, with the aim of "confronting America's opponents through sanctions," the United States imposed sanctions on the Turkish government administration to purchase weapons against the backdrop of Ankara's possession of the Russian S-400 air defense system.

The decision also stipulates the imposition of sanctions on the head of this administration, Ismail Demir, and other officials of the Turkish government agency.

Turkey responded strongly to US sanctions related to its purchase of the Russian S-400 air defense system, but in reality it avoided the worst due to the targeted nature of the sanctions that did not include its mainly troubled economy, experts say.

In his speech, Erdogan rejected the US argument that the S-400s represented a "security threat" to NATO's defense systems.

"It's an excuse. The real goal is to stop our country's momentum in the defense industry and make us completely dependent on others again," he said.

According to Erdogan, Ankara chose the Russian missiles because there was no agreement with Washington to purchase the American Patriot system, similar to this highly advanced system.

"Turkey has long since crossed the stage when it was possible that this kind of sanctions could impede it. We will double our efforts to make our defense industry independent," he added.

The United States says that these missiles are incompatible with the defense systems of NATO, to which both Ankara and Washington belong.

These US sanctions coincide with the sanctions approved by the European Union on Thursday regarding Turkey's activities in the eastern Mediterranean.