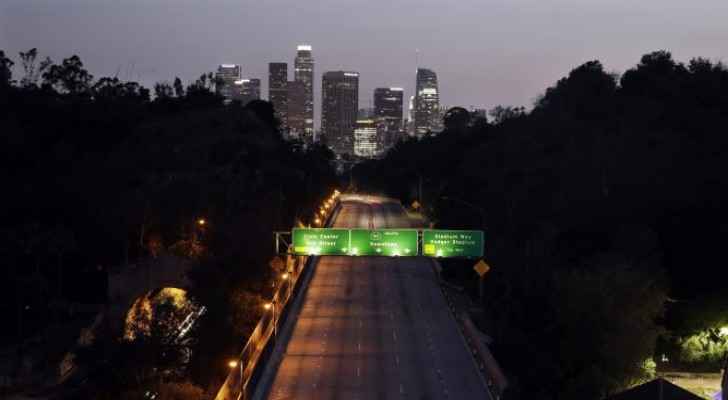 The number of COVID-19 cases and deaths Tuesday continued to break records in Southern California, where intensive care departments have reached or are close to capacity.

In Los Angeles County, for example, which has a population of ten million people, there are no more than 100 vacant beds.

The situation is no better in the nearby Ventura and Riverside counties of Los Angeles, where intensive care departments have bed occupancy rates of 99 percent and 100 percent, respectively, according to local health authorities.

California Governor Gavin Newsom sounded the alarm, saying that the percentage of vacant beds in intensive care departments across the state fell to 1.7 percent Tuesday.

Of course, the lack of vacant beds in the intensive care departments in Southern California hospitals does not mean that patients will be left on the streets, but rather, according to health experts, it means that hospitals will have to place them in other departments that are less suitable for their critical health conditions, which increases the risk of their death.

"A lot of people might think that you don't need to worry because hospitals can always add new beds. The truth is that each bed requires highly skilled and trained caregivers," said Dr. Barbara Ferrer, director of public health in Los Angeles County, pointing out that medical staff are struggling with the stress of the situation.

In Los Angeles County, the number of COVID-19 patients whose health condition required hospitalization is six times what it was in mid-October.

Sometimes ambulances have to wait four or five hours before they can take a patient to a hospital.

In Ventura County, Health Officer Robert Levine launched a sharp attack on people who were still holding parties, holding religious events in closed places and participating in sports competitions, all of which are officially prohibited activities.

The Los Angeles Times quoted Dr. Levin as saying that these actions will lead to an increase in the number of deaths to unprecedented levels.

"The numbers will be astronomical. There are people who will die in vain," he said.

As of Tuesday, California has recorded more than 1.6 million cases of COVID-19, of whom more than 21,000 have died.