Execution of journalist should not harm Iranian-European relations: Rouhani 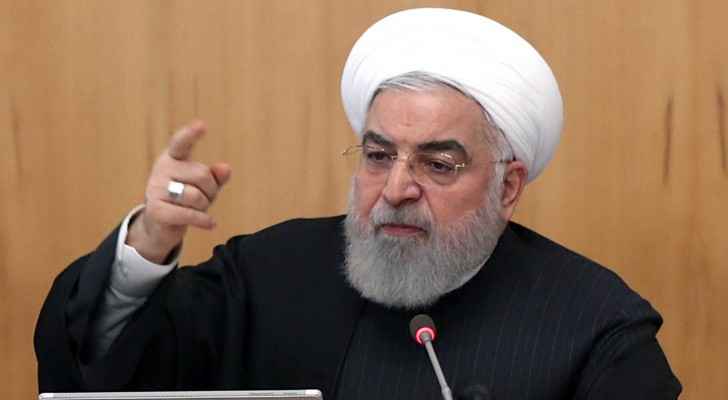 Iranian President Hassan Rouhani said Monday that the the execution of dissident journalist Ruhollah Zam in Iran should not harm relations between the European Union and the Islamic Republic, after outcry from several European nations.

The organizers of a major European-Iranian economic forum, which was scheduled to open Monday, announced the postponement of this meeting after several European figures announced a boycott in protest against the execution of Zam Saturday.

The German and French ambassadors in Tehran were summoned Sunday to the Ministry of Foreign Affairs, after which they reported the discontent of the Iranian authorities after Berlin, Paris and the European Union condemned this execution, which Tehran considered "an unacceptable interference."

"I think it is unlikely that this harms relations between Iran and Europe," Rouhani said during a press conference in Tehran.

"Europeans have always been sensitive about certain things, and we are also sensitive towards others, "he added.

"We also have reasons that make us unhappy because of the things that European countries do. "

"We have the death penalty in this country," he said.

The death sentence by hanging was carried Saturday, after Iran's Supreme Court confirmed the sentence imposed on him in June for his role in the protests in the winter of 2017-2018, among other charges.

At least 25 people were killed in the unrest that took place in dozens of Iranian cities between December 28, 2017 and January 3, 2018. Tehran described this protest movement, which quickly took a political turn, as a "rebellion."

He announced Zam's arrest in October 2019, but Iran has not specified the place and time of his arrest, accusing the 40-year-old opposition of being "run by French intelligence and supported" by US and Israeli Occupation intelligence.

Amnesty International said in a tweet that the confirmation by the Iranian Supreme Court of the death sentence issued against Zam, which it described as a "journalist and opposition," constitutes "a shocking escalation in the field of Iran's use of the death penalty as a means of repression."

The European Union Saturday condemned his execution "in the strongest terms," stressing in a statement its opposition to the death penalty "whatever the circumstances."

In a statement Saturday, the French Foreign Ministry described the execution of an Iranian dissident who sought refuge in France as "a brutal and unacceptable act."