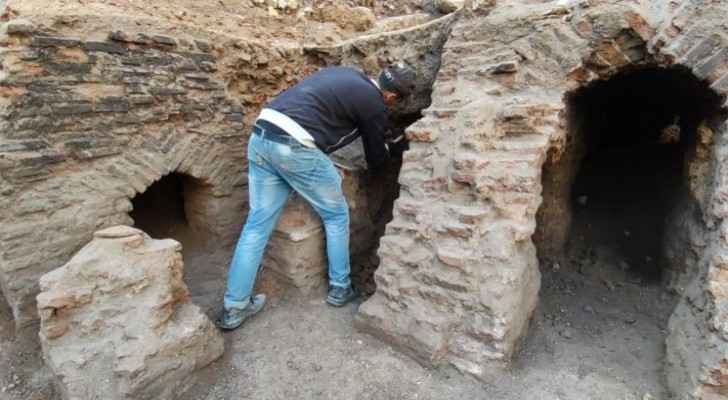 Monday, a professor of architecture and urban planning at Al-Balqa Applied University, Murad Kalaldeh, stressed that the archaeological site uncovered in Downtown Amman should be preserved, adding that all excavations and attempts to ‘remove’ the ancient Roman bathhouse should stop.

Speaking during Roya's ‘Donya Ya Donya’ program, he said that the archaeological site is a part of a history, and separating it from its original location “makes it lose its soul,” and therefore it is better to preserve the discovered antiquities and divert pedestrian movement to alternative routes.

He added that there are similar ancient bath sites in other countries, and creative solutions have been found, stressing that it is unacceptable for the Greater Amman Municipality (GAM) to pour concrete on the site after forming a specialized committee to develop appropriate solutions.

The head of the Archeology Department at Jordan University, Adnan Al-Shayyab denied claims of discovering gold in these sites. He said that he has been working for 30 years on archaeological excavations, and they have not found any treasures, and in general, when a discovery is made by archaeologists, it is always just a few coins.

He added that all the discovered pieces are the property of the Jordanian state, and they go to the Department of Antiquities, which, according to specific agreements in the law, can offer some of the pieces on loan to Jordanian universities and other countries.

Al-Shayyab pointed out that any urban planning, especially in the archaeological areas, must take into account the ‘identity’ of the area, and the requirement of a comprehensive preservation plan.

Female of Arab nationality injured after being stabbed in ....

Female of Arab nationality injured after being ....

Female of Arab nationality injured after being ....