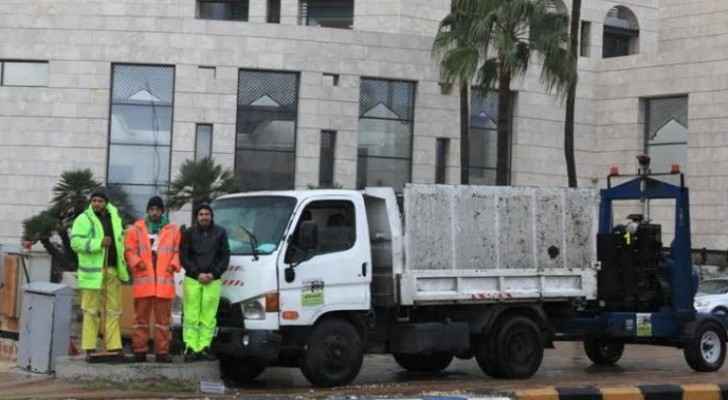 GAM asked citizens to report any emergency situations by calling one of their operations rooms across the Kingdom.

The Municipality called on citizens to be extra cautious, and avoid valleys and areas with flooding.

The Kingdom will be affected by unstable weather conditions on Monday evening, and opportunities for thunderstorms may emerge in separate parts of the Kingdom including the city of Aqaba.

Additionally, individuals in Aqaba are urged to avoid the sea, due to turbulent waters during the early hours of the night.

Wednesday, the weather will be cold and cloudy, with rain and wind activity in different parts of the Kingdom.