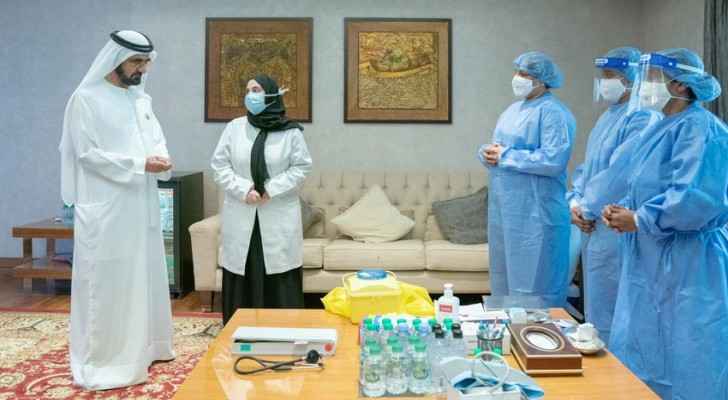 Monday, the UAE began a vaccination campaign against COVID-19 in Abu Dhabi, days after the Gulf country officially registered a vaccine from Chinese company Sinopharm.

The UAE and Bahrain hosted the third phase of clinical trials of the Sinoppharm vaccine. Abu Dhabi confirmed that the preliminary results showed its effectiveness at 86 percent.

In September, the UAE authorized the emergency use of the vaccine for health workers.

An employee of the Department of Health in Abu Dhabi said by phone that residents can book an appointment through an application for the Abu Dhabi Health Services Company, "SEHA," to take the free vaccine in several centers in the capital.

According to Emirati media, the vaccine is available in at least 45 health centers, including hospitals and clinics. The newspaper "Emirates Today" reported that the centers will operate from eight in the morning until eight in the evening.

The "Sinopharm" vaccine consists of two doses with 21 days in between injections.

The UAE has so far recorded more than 184,000 cases of coronavirus, including 617 deaths.

China is developing four vaccines, including Sinopharm, but it has not published enough information about these vaccines compared to other Western companies. In Peru, clinical trials of the "Sinopharm" vaccine were suspended after the discovery of neurological problems in a volunteer.

Chinese vaccine companies had pre-orders for less than 500 million doses by mid-November, most of them from countries that participated in the trials.