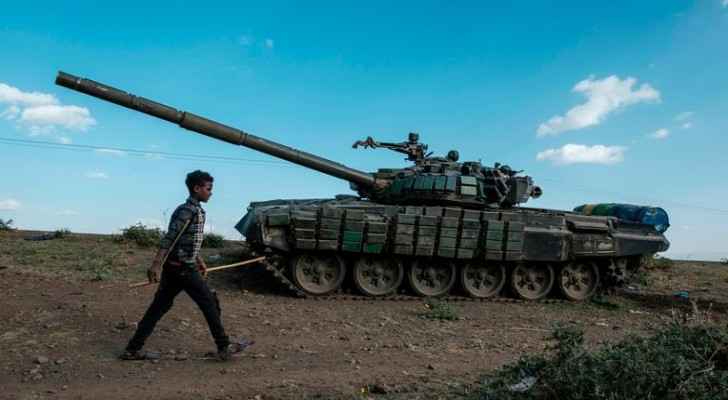 Sudanese Prime Minister Abdullah Hamdok arrived Sunday in the Ethiopian capital of Addis Ababa, according to what he announced in a tweet, on a two-day official visit, after about 50,000 people fled the fighting in the Ethiopian Tigray region to Sudan.

Hamdok wrote on his account on Twitter, "I arrived this morning in Addis Ababa to meet Prime Minister Abyei Ahmed," adding, "I look forward to constructive discussions on political, humanitarian and security issues of common concern and to coordinate on various issues to serve the future of peace, stability and prosperity for our two brotherly peoples and the region."

Hamdok's office stated that the delegation accompanying him is composed of the foreign minister, the director of the General Intelligence Service, the deputy head of the Joint Chiefs of Staff and the director of military intelligence.

Since then, tens of thousands of Ethiopian refugees have poured into eastern Sudan. According to the United Nations, the near 50,000 refugees are currently living in separate camps along the Sudanese border with Tigray.

The refugees suffer from a lack of food and health services.

The Ethiopian province of Tigraya borders the Sudanese states of Gedaref and Kassala.