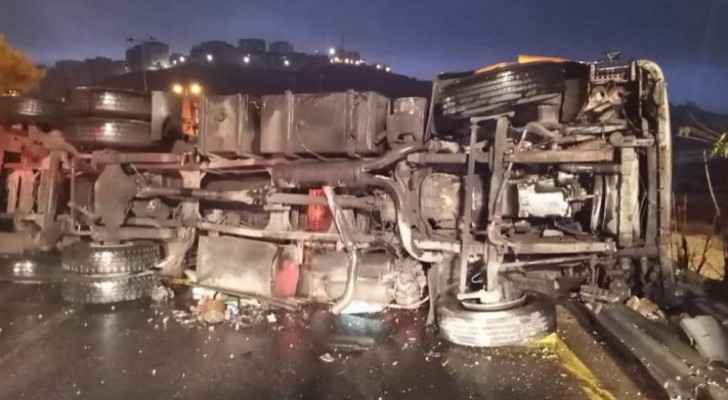 Early Wednesday morning, a sewage pump truck collided with five vehicles resulting in the injuries of several people near the Syrian Embassy in Amman.

The five vehicles were all subjected to damage due to the collision.

Civil defense and public security teams reported to the scene shortly after.