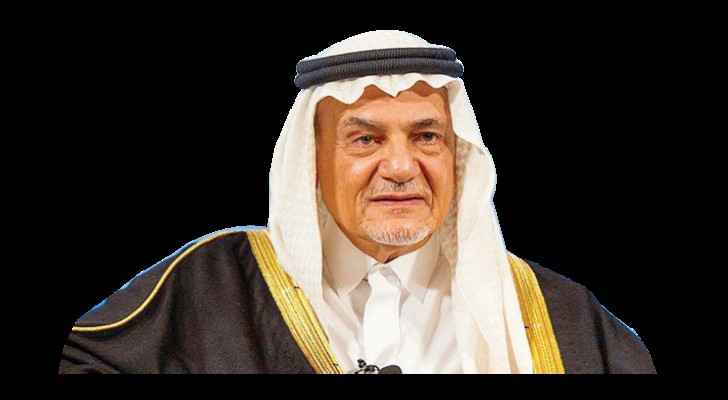 This comes months after the UAE and Bahrain signed two agreements to normalize relations with the Israeli Occupation, in a move that the Palestinians described as a "stab in the back."

In strongly worded remarks, Prince Turki al-Faisal, the former Saudi intelligence chief, said that the Israeli Occupation presents itself as "a small country suffering from an existential threat surrounded by bloodthirsty killers who wish to eliminate it."

"Nevertheless, they state their desire to become friends with Saudi Arabia," he said.

Al-Faisal described Israeli Occupation as a "Western colonial power," referencing the forcible displacement of Palestinians and the destruction of their villages.

Al-Faisal added that the Israeli Occupation "demolish homes as they please and assassinate whomever they want."

Israeli Occupation Foreign Minister Gabi Ashkenazi, who participated in the Manama Dialogue via visual communication technology, affirmed that he feels "sorry" for the statements of the former Saudi official.

Ashkenazi wrote afterwards in a tweet, "The false accusations of the Saudi representative at the Manama conference do not reflect the facts or the spirit of change that the region is going through."

"I rejected his statements and emphasized that the era of blaming is over. We are at the dawn of a new era. The era of peace," he added.

Prince Turki confirmed that his statements represent his personal opinion, and expressed doubts about the peace agreements signed by Gulf states with Israeli Occupation.

And he considered that "you cannot treat an open wound with painkillers."

- 'An opportunity for the Palestinians' -

Ashkenazi said during his participation in the "Manama Dialogue" conference on Sunday, "The Abraham accords do not come at the expense of the Palestinians, but rather the opposite. They constitute an opportunity that should not be missed."

"I call on the Palestinians to change their minds and enter direct negotiations with us without preconditions. It is the only way to solve this conflict," he added.

Peace negotiations between the Israeli Occupation and Palestinian sides have been stalled since 2014.

Many Gulf states have for years maintained secret relations with the Israeli Occupation, due to their common concerns about Iran in particular, while the United States encourages the two sides to normalize relations.

This secret diplomacy came to light last August when the UAE, an ally of Saudi Arabia, announced the normalization of relations with the Hebrew state, followed by Bahrain.

But establishing relations with Saudi Arabia, the regional political power and the largest Arab economy, will inevitably be one of the most important diplomatic events for Israeli Occupation.

"We were absolutely clear that, in order to move forward with normalization, we have to see a settlement of the Palestinian conflict and a viable Palestinian state, similar to what was envisioned in the Arab Peace Initiative in 2002," he stressed.

"Without a settlement between the Palestinians and the Israelis, we will not see real peace and stability in the region," he added.

In response to a question whether he ruled out establishing ties with the Hebrew state soon, the Saudi foreign minister affirmed that he was "optimistic that there is a path towards a solution between the Palestinians and the Israelis."