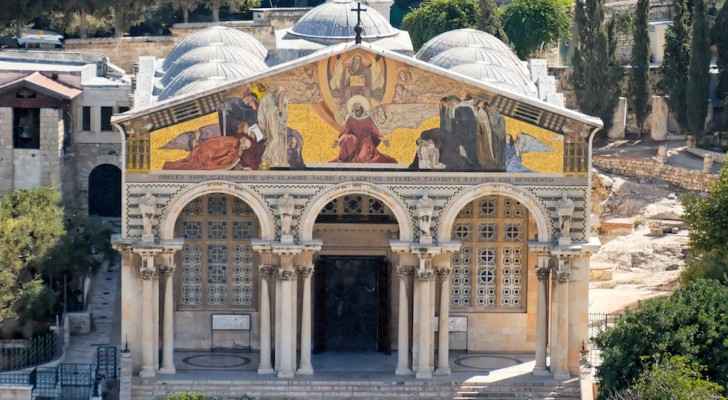 The Israeli Occupation Police Saturday announced the arrest of an Israeli man who set fire to the Church of Gethsemane in Occupied East Jerusalem Friday.

"Police units have arrested a 49-year-old man who poured a flammable liquid inside the church," police spokesman Micky Rosenfeld said in a statement, noting that there was damage.

Wadih Abu Nassar, spokesman for the Catholic Bishops Council in the Holy Land, said, "A religious Jewish man attacked the Church of Gethsemane in Jerusalem, and set a fire inside it. We thank God that the fire was quickly extinguished and that the fire caused only minor damage."

He thanked the police for their "swift action and arrest of the suspect," and called on them to "seriously investigate this attack and bring the perpetrator to justice."

A spokesman for the firefighters said that four teams arrived at the scene of the fire, explaining, "Fortunately, the fire did not spread throughout the church," but the smoke accumulated.

An AFP photographer confirmed that the seats inside the building were flooded with smoke.

The church was built between 1919 and 1924 with financial support from several different countries.