His Majesty in talks with a 'number of countries' for vaccine

His Majesty in talks with a 'number of countries' for vaccine 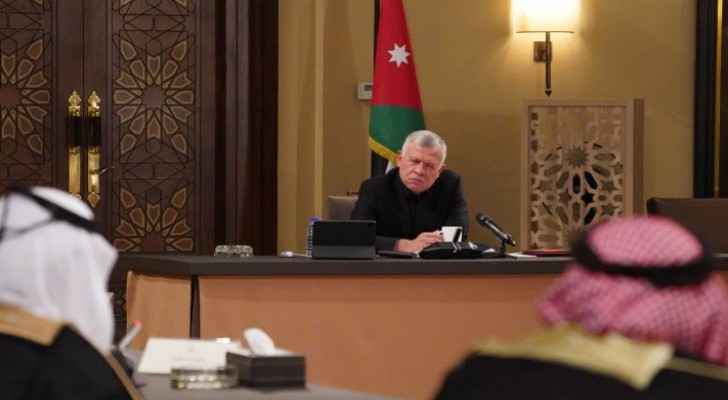 Thursday, during a meeting at Al-Husseiniya Palace, His Majesty indicated that contact had been made with a number of countries that are working to produce vaccines to ensure that Jordan secures efficient quantities as soon as possible.

The elderly and medical workers in the field will have priority access to the vaccine, said His Majesty, while affirming that adherence to the preventive measures and wearing masks has gradually improved the Jordanian health situation, as the numbers of people infected with the coronavirus have decreased during the last week in the Kingdom.

His Majesty said that the government is working on a program to protect a number of economic sectors, noting that Jordan has paid an economic price as a result of the coronavirus crisis, especially in poverty and unemployment.

In a press conference Thursday, Prime Minister Bisher Al-Khasawneh confirmed that the government will help finance some sectors which will assist 180,000 people and about 20,000 private sector establishments.

JD 20 million will go towards the tourism sector, added Khasawneh.

Khasawneh said that the government has worked within the new procedures to expand the umbrella of beneficiaries of the National Aid Fund (NAF) to include 100,000 families, or about 400,000 people, at a cost of JD 100 million.

Attendees of the meeting said a long-term, sound economic plan is required and the need to support national industries, attract investments, and more attention to the tourism sector is needed.

The meeting was attended by the Chief of the Royal Hashemite Court, the Advisor to His Majesty for Tribal Affairs, and the Chairman of the Joint Chiefs of Staff.