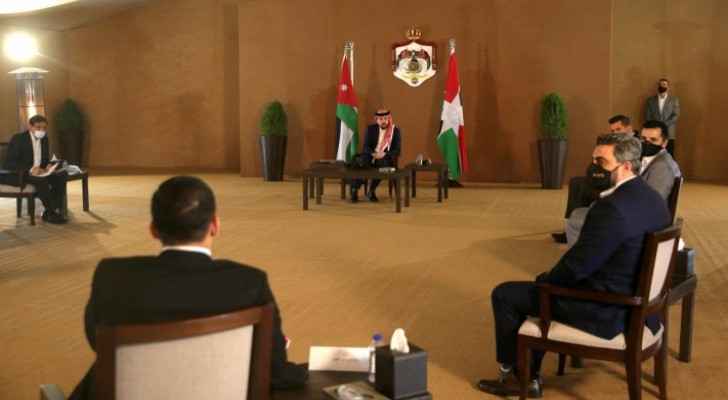 His Highness Prince Al-Hussein bin Abdullah II encouraged young people across the Kingdom to participate in politics while stressing his pride in the nation’s youth during a meeting at Al Husseiniya Palace Tuesday.

His Highness stressed the importance of strengthening the role of youth, who represent the largest segment of society, pointing out the need to invest in their capabilities to move forward in achieving comprehensive development.

His Highness expressed his satisfaction with the level of youth representation in the House of Representatives, while encouraging participation in political life.

"We witnessed in these elections an increase in the percentage of youth representation in the parliament, but we aspire for it to be higher than that,” said His Highness.

The Crown Prince indicated that the Crown Prince Foundation is working to implement several training programs which aim to empower young people and establish youth centers in coordination with the government.