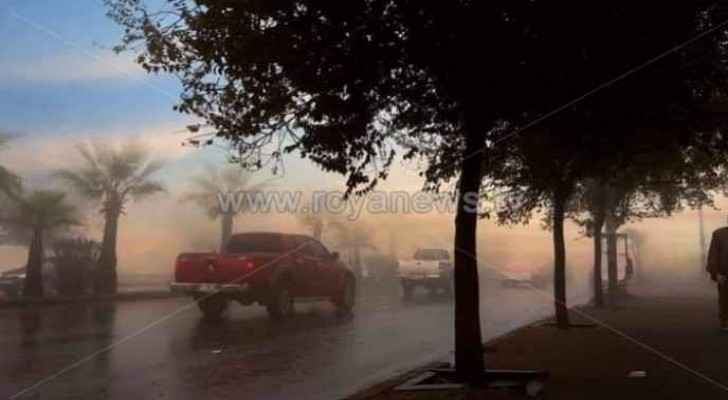 Tuesday, the weather is expected to be moderate across the Kingdom during the day time, with clouds at various altitudes, the Jordan Meteorological Department (JMD) said.

In the evening, the country will be affected by unstable weather conditions, bringing cloudy skies and showers, accompanied by lightning and thunder, the JMD added. Winds will be southeasterly moderate.

Wednesday, similar weather conditions are expected with a chance of scattered rain in the eastern, northern and central parts of the Kingdom, the JMD noted.

The rainfall is expected to be heavy in some areas in the early morning hours, making high water levels in the valleys and lowlands, the JMD said, noting that the weather will stabilize at night.

Thursday, the weather will be relatively cold and cloudy in most regions, with a weak chance of showers and southeasterly moderate to brisk winds.