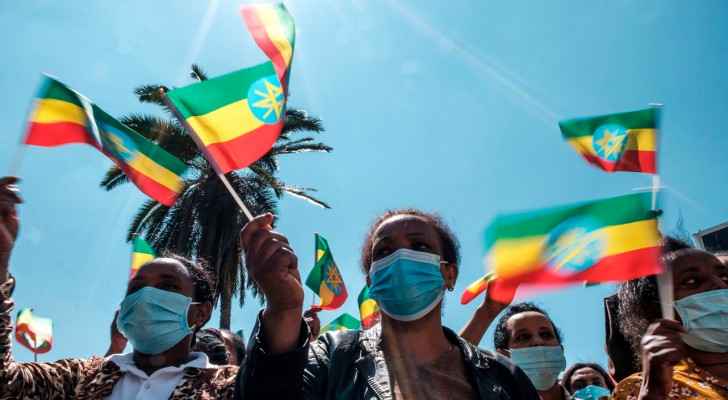 Thursday, Ethiopian Prime Minister Abyei Ahmed ordered the army to launch a final attack against the rebel authorities of Tigrayans in Mekele, the capital of this northern region calling for secession from Ethiopia, at the end of a 72-hour deadline that he had set for them.

On his Facebook account, Abyei said that the army had received orders to "carry out (...) the final stage" of the operation that began Nov. 4 against the leaders of the Tigray People's Liberation Front, promising to "make all efforts so that the city of Mikkeli would not be attacked."

"The door to the recent peaceful exit of the Tigray People's Liberation Front military council was closed due to the arrogance of the military council," Abyei said, after the expiration of a 72-hour deadline given to the Tigray authorities and their forces to surrender.

He also added that "thousands of fighters from the Tigrayan Liberation Front had surrendered," but without being able to verify this.

He called on "the inhabitants of Mikkeli and its surroundings" to "lay down their arms, stay away from military targets, and take all necessary precautions."

"Everything will be done to avoid targeting archaeological sites, places of worship, public and development institutions and private homes," he said.

It is impossible to know whether the military operations against Mikkeli have actually started, because the city has been almost cut off from the world since the beginning of the conflict, which makes it difficult to verify on the ground what information from one military or another.

The distance separating the federal army from the city cannot be known now, after it announced in recent days that it was approaching Mikkeli.

Diplomats told AFP Wednesday that federal forces were at least 30 km north and south of Mikkeli.

In the fourth week of the military offensive against the Tigrayan Liberation Front, the Ethiopian Prime Minister is facing increasing pressure from the United Nations and several other countries, worried about the repercussions on civilians and the possibility of "war crimes" in Mikkeli, as well as the risk of conflict developing into confrontations between the various groups of this diverse country.

Abiy Ahmed Wednesday asked the international community not to intervene in the Tigray conflict.

"We respectfully request the international community to refrain from any unwelcome act and unlawful interference, and to respect the basic principles of non-interference contained in international law," he said in a statement.

Wednesday, the federal government also rejected a mediation offer for the African Union, which is based in Addis Ababa.

She only confirmed that she would receive "respectfully" three former presidents of Mozambique, Joachim Chissano, Liberia, Ellen Johnson Sirleaf, and South Africa, like Galima Motlanthe, who arrived Wednesday in the Ethiopian capital.

Thursday, Human Rights Watch stated that "the laws of war restrict attacks to 'military objectives' and impose on the parties an obligation to separate between civilians and combatants."

The federal government confirmed Thursday that it had started "distributing food, medicine, drinking water and non-food aid" to displaced civilians in "Tigray areas under its control" and pledged to "open the way for humanitarian aid to arrive."

She said she was "determined to work with United Nations agencies and other humanitarian organizations" who requested permission to enter the area.

For 15 years, the Popular Front for the Liberation of Tigrayans (PFLP) was the spearhead of the armed struggle against the Marxist military regime that was finally overthrown in 1991. It controlled the political and security apparatus of Ethiopia for about thirty years.

And Abyei justifies the operation against the Tigray People's Liberation Front, which is taking power in this region and which has been challenging its authority for months, by the necessity of "preserving the political and constitutional order" in this federal country.

The long-standing tension between Addis Ababa and the Tigray People's Liberation Front came to a head with elections in September in Tigray that the federal government deemed "illegal."

For nearly three decades, the front had controlled the Ethiopian political and security apparatus, before Abyei gradually removed it from power.

Abyei accuses the Tigrayans of launching an attack in early November on two federal military bases in Tigray and slaughtering more than 600 people shortly after the outbreak of the conflict, in the Mai Kadra region.

No specific toll of the battles is known yet, but it has resulted in hundreds of deaths, at least. More than 40,000 Ethiopians have been displaced by the conflict, to neighboring Sudan, and an unspecified number into Tigray and Ethiopia.