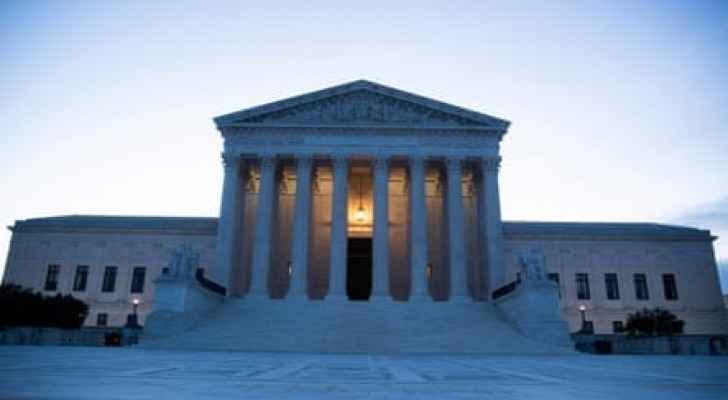 Wednesday, the US Supreme Court banned the governor of New York State from imposing restrictions on places of worship due to the outbreak of the COVID-19 pandemic, a decision seen as defending freedom of worship.

In the not-yet-confirmed ruling, in which new Judge Amy Cooney Barrett tipped the scales in favor of conservatives, the court held that religious gatherings should not be treated differently from authorized non-religious gatherings.

New York State Governor Andrew Cuomo ordered to limit the number of people allowed to gather in places of worship to ten in areas classified "red" where the virus is spreading significantly.

The court’s decision came after considering two applications submitted by the Catholic Archdiocese of Brooklyn and two synagogues.

By five to four votes, the Supreme Court held that these measures were inconsistent with the freedom to practice religious rituals protected by the First Amendment to the United States Constitution.

The court had previously issued a contrasting opinion supporting similar measures in California and Nevada.

The change reflects the new balance of power in the court since the appointment of Judge Amy Connie Barrett to it in October, a conservative Catholic judge named by President Donald Trump after the death of Judge Ruth Bader Ginsburg.

The court ruled that "even in the period of a pandemic, we cannot forget the constitution and set it aside."

The ruling explained that "the restrictions presented here, which prevent many participation in religious rites, strike at the core of the protection of freedom of worship provided for by the First Amendment."

Roberts considered it unnecessary to support the complaints given that the governor had already rolled back some of the restrictions.

The pandemic caused major tensions between the New York City Hall, a Democratic New York City, and the Hasidic community in New York, which is accused of not respecting social distancing rules. The dispute sparked sometimes violent demonstrations last month in New York.

Wednesday, on the eve of Thanksgiving, the United States recorded the death of more than 2,400 people with the new Corona virus within 24 hours.