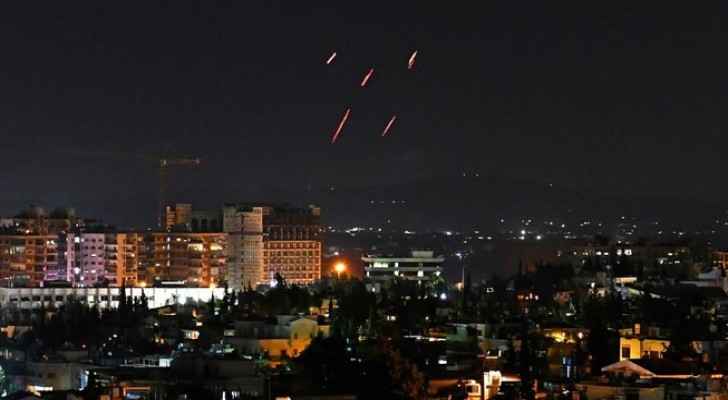 Eight pro-Iranian fighters were killed by the Israeli Occupation bombing that targeted military sites in Syria at night, according to what the Syrian Observatory for Human Rights reported Wednesday.

Tuesday night, the Israeli occupation launched strikes targeting, according to the observatory, a center and weapons store belonging to the Iranian forces and the Lebanese Hezbollah in the Jabal Al-Mani area in the southern countryside of Damascus. It also reached a center for the "Syrian Resistance to Liberate the Golan" group in Quneitra (south) on the Syrian border with the occupied Golan.

The director of the observatory, Rami Abdel-Rahman, told AFP that the bombing near Damascus left eight non-Syrians dead, and he could not determine their nationalities, in addition to a number of wounded. It also caused the destruction of a missile depot. In Quneitra, the bombing caused damage to vehicles, without any casualties reported.

The official Syrian News Agency "SANA" reported, according to a military source, "The Zionist enemy launched an air strike from the direction of the occupied Syrian Golan towards southern Damascus, and the losses were limited to material."

The Israeli Occupation bombing of Syria has been repeated in recent days, according to the Observatory, most recently last Saturday, and it led to the killing of 14 militants loyal to Iran, most of them Iraqis, in eastern Syria.

The Israeli Occupation army announced a week ago that its fighters bombed “military targets of the Quds Force and the Syrian army,” in what it considered a “response” to the discovery of explosive devices along the northern border. According to the observatory, the bombing resulted in ten deaths, including Syrian soldiers and fighters loyal to Iran.

The Occupation rarely confirms the implementation of these strikes.

Syria has been witnessing a bloody conflict since 2011, which has killed more than 380,000 people, caused massive destruction to the infrastructure and productive sectors, and led to the displacement and displacement of millions of people inside and outside the country.

Khamenei bans coronavirus vaccines from UK and US