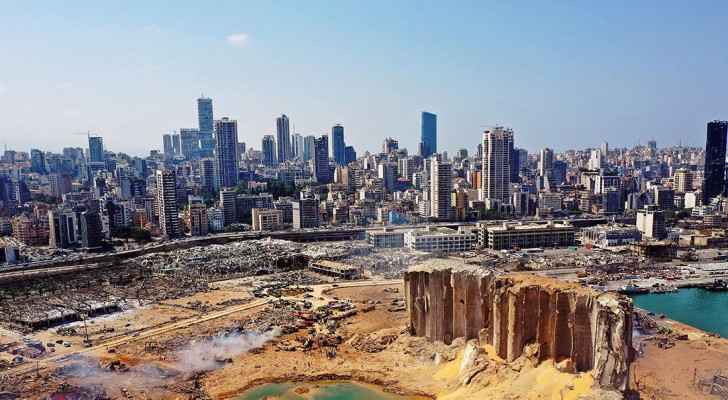 The judicial investigator in the Beirut Port explosion asked Parliament to investigate current and former ministers on suspicion of committing violations or crimes related to the disaster in the Lebanese capital, according to what a judicial source told AFP Tuesday.

Aug. 4, hundreds of tons of ammonium nitrate, stored carelessly at the Port for years, exploded, devastating the Lebanese capital and leaving more than 200 dead and thousands injured.

The government resigned due to the blast, but a new government is yet to be formed.

According to the judicial source, Agence France-Presse that the judicial investigator, Judge Fadi Sawan, wrote a letter to the Parliament, informing him that the investigations he had conducted with current and former ministers had provided certain suspicions about the responsibility of these ministers and their failure to deal with the presence of ammonium nitrate in the port.

That the prosecution of ministers is normally exclusively entrusted to the Supreme Council to try presidents and ministers.

After the Lebanese authorities rejected calls for an international investigation into the blast, they opened a local investigation, which has so far led to the arrest of 25 people, including the port and customs officials.

None of them have been indicted, however, sparking outrage among the population that nobody has yet been held resposible for the deadly blast.

French experts and the US Federal Bureau of Investigation participated in the preliminary investigations.