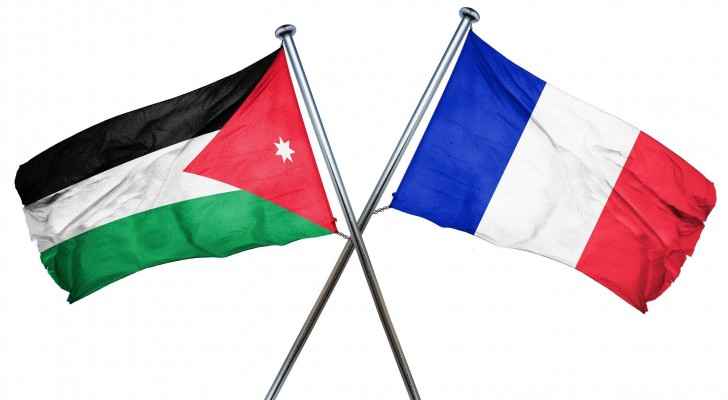 The French Development Agency (AFD) and the International Union for the Conservation of Nature and Natural Resources (IUCN) signed a EUR 10 million grant agreement in Amman Monday. The Ambassador of France to Jordan Her Excellency Véronique Vouland-Aneini attended the event to support the development of an ecologically responsible and economically accessible agricultural solutions and techniques in the highlands of Jordan in the Mafraq and Northern Jordan Valley.

The consortium led by IUCN will finance an additional EUR 618,000. This project responds to the two main challenges of the economic inclusion of vulnerable populations; 16 percent of Jordanians and 78 percent of Syrian refugees live below the poverty line, and the severe lack of water resources in a country where agriculture contributes 4 percent to GDP, 15 percent to employment and 75 percent to national water consumption.

The project plans to improve the way existing farms function through the use of modern techniques to make them more productive and water-use efficient, improve the working conditions of farmers and workers (decent work and income diversification), contribute to the socio-economic empowerment of Syrian refugees and vulnerable Jordanians in the agricultural sector, and  strengthen community resilience by stimulating local economic growth.

It will be implemented within the framework of a consortium of organizations, bringing together the IUCN, the Inter-Islamic Network on Water Resources Development and Management (INWRDAM), which specializes in the efficient use of water and the reduction of disaster risk, Greentech (a company specializing in energy efficiency), Blumont International (an NGO that works for the benefit of refugees and host populations) and Horizons for Green Development (a Jordanian NGO whose mission is to support the sustainable development of communities). The National Agricultural Research Center (NARC) will be closely associated with the project thanks to the setup of a business support incubator, which will serve as an organizational framework for all partners and beneficiaries.

Vouland-Aneini said, “I am very happy to see France, through the French Development Agency, supporting a sector with such a strong economic potential for Jordan and at the same time addressing its economic, social and environmental issues.”

AFD director for Jordan and Iraq Luc Le Cabellec commented, “With this ecologically responsible development pilot project, the French Development Agency contributes to the strengthening of the economic and social resilience of the Jordanian and Syrian refugee populations in the north of the country. Its setup with IUCN partners, which includes the public authorities from the start, thus provides the best operational guarantees of sustainability of the activities to the long term for the benefit of the most vulnerable populations. These are two of AFD's strategic priorities in Jordan."

IUCN Regional Director for West Asia Hany El Shaer, “IUCN is very pleased to open this new chapter of its presence in Jordan with France and the French Development Agency as partners. The agriculture sector is at the core of IUCN’s mission worldwide and we will work with our Jordanian partners within the frame of this project to deploy effective solutions to support social and economic development and conserve nature.”

This project is part of the MINKA Middle East Initiative, through which AFD has contributed since 2017 to reducing Iraq's fragilities and supporting its reconstruction.