His Majesty the Emperor awards the insignia to Masri 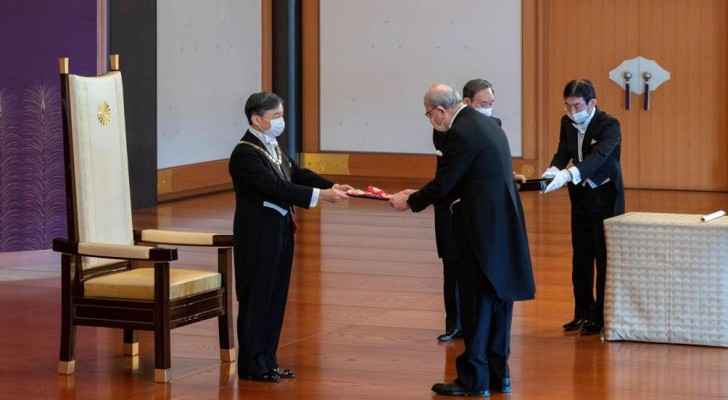 Former Jordanian Prime Minister His Excellency Taher Masri attended Nov. 11, the Ceremony of Imperial Conferment of Decoration, in which His Majesty the Emperor of Japan, conferred the Grand Cordon of the Order of the Rising Sun, the highest class of decoration for foreigners in Japan, upon Masri.

The purpose of the conferment was to express Japan’s highest appreciation and gratitude for Masri’s magnificent contribution to strengthening bilateral relations between Japan and Jordan.

With this regard, the Japanese Minister for Foreign Affairs Motegi Toshimitsu sent a message to Masri, expressing his sincerest congratulations on the conferment in recognition of his outstanding contribution.