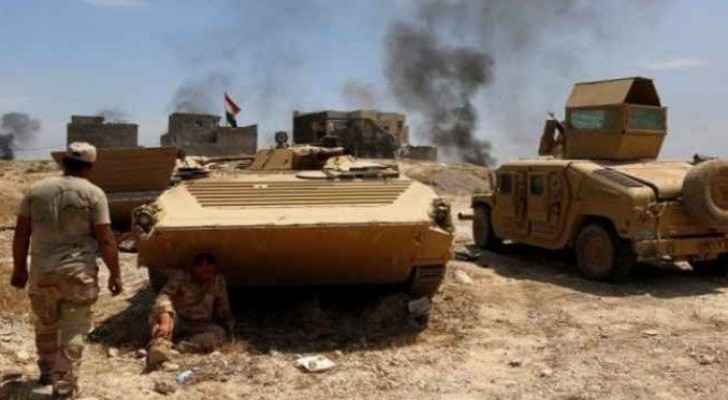 Sunday, Iraq's Salah al-Din province declared three days of mourning after ten people were killed in an a militant attack.

Six soldiers and four civilians were killed Saturday evening in an ambush by militants, 200 kilometers north of Baghdad, according to police sources.

Three years after declaring victory over Daesh, a roadside bomb exploded as a vehicle carrying civilians was passing by. When police and members of the Popular Mobilization Forces - a coalition of paramilitary forces now integrated into the state - came to rescue them, they came under fire from the militants.

Eleven Iraqis, including fighters from the Popular Mobilization Forces, were killed ten days ago in a grenade attack on a military post at the western entrance to Baghdad.

These losses are significant in a country that has not witnessed a major attack for at least three years.

All attacks took place in the Sunni belt around the capital, where Iraqi forces carried out combing operations regularly, confirming each time that they had managed to expel many militants.

Sunni politician Jamal Al-Dhari said that this ambush "highlights the repeated failures to fight terrorism, and the government of Mustafa Al-Kazemi must put in place a serious national strategy (...) and stop content with the 'investigation committees" that the authorities announce after each incident.

As for the Sunni MP Mishaan al-Jubouri, he believed that the militants were taking advantage of the rugged terrain of the mountainous and desert region to preserve their secret cells.

Before the death toll rose to 10 with the death of one of the wounded at dawn Sunday, Al-Jubouri wrote in a tweet, "We lost nine martyrs a while ago (...) in a Daesh ambush (...) at the foot of Mount Makhoul, which the joint forces said a few days ago that they had completed a cleansing operation."

These attacks came as Washington announced that it would soon withdraw 500 soldiers from Iraq, leaving only 2,500 soldiers in this country.

Almost all the forces of the other countries in the anti-militant coalition left the country with the start of the COVID-19 pandemic.

Lebanese militants blow themselves up ....