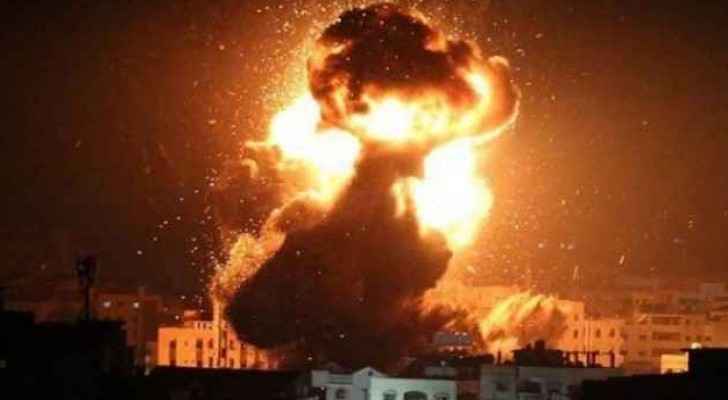 The Israeli Ocupation Air Force launched air strikes at dawn Sunday on a number of Hamas sites in Gaza, allegedly in response to a missile launched at night from the Strip towards the Israeli Occupation.

The Israeli Occupation army said that a missile was fired at the Occupation from the Gaza Strip Saturday evening, shortly after sirens sounded in the southern Israeli city of Ashkelon.

The army statement did not give further details, but the emergency services said that they did not report the injury of anyone, and Israeli occupation media reported that the shell fell in an empty land.

A Palestinian security source stated that "the occupation aircraft launched several air strikes targeting five sites and monitoring points belonging to the Palestinian resistance factions in various areas in the Gaza Strip," explaining that the bombing caused damage, without any injuries.

Eyewitnesses stated that the bombing targeted “a site of (Izz al-Din) Al-Qassam Brigades, the military wing of Hamas, in the Sheikh Ajleen area in the west of Gaza City, a monitoring point in the Sajaiya area (east), and another location south of the city, as well as two Qassam sites in Khan Yunis and Rafah in the southern Gaza Strip. Resulting in uneven damage. "

Witnesses added that Israeli Occupation artillery also bombed "several monitoring points" of Hamas in the eastern areas of Gaza, near the Gaza Strip's border with the Occupation.

This came after two rockets were fired from the Strip towards the Occupation at dawn last Sunday. No injuries or damage were recorded in this attack. The Occupation responded with artillery and air strikes from fighters and helicopters targeting centers it said were Hamas in Gaza.