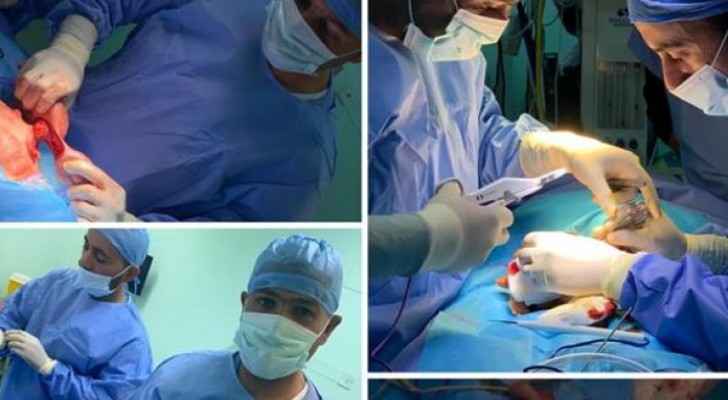 Pediatric surgeon Samer Rahamneh performed a rare separation surgery for a baby born with a parasitic twin at Al-Bashir Hospitals Tuesday. Rahamneh said the case was new to them and that it is extremely rare.

The baby boy was born Nov. 11 with a parasitic twin, or an attached twin that only partially formed in the gestation process, via caesarian section delivery. He was admitted to the Neonatal Intensive Care Unit (NICU) at Ajloun Hospital as a premature baby. He was later transferred to Al-Bashir Hospital's NICU department and placed in an incubator for examinations to determine whether a separation surgery was possible.

The baby is now in good health and is currently recovering at Al-Bashir hospital, said Rahamneh. He thanked all staff members that contributed to the success of the operation.