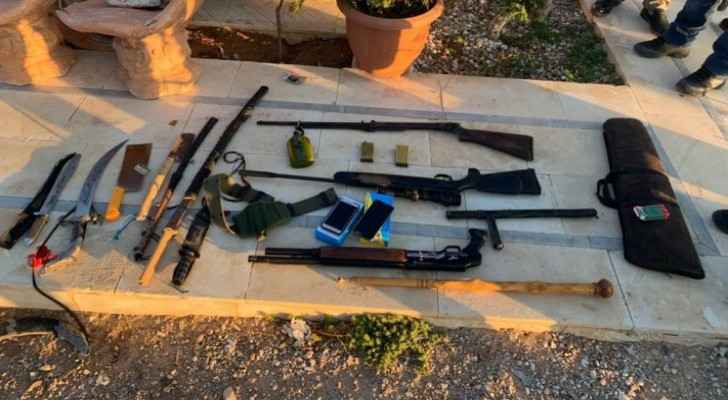 The media spokesperson for the Public Security Directorate (PSD) announced that the Criminal Investigation Department (CID) employees arrested a wanted man classified as dangerous. The individual has three prior complaints and warrants for his arrest and 73 other criminal charges.

His whereabouts were pinpointed to a Madaba farm where security forces arrested him.

A collection of firearms and ammunition was seized upon finding it in his possession.

In another case, CID employees in Aqaba arrested another person of Arab nationality upon suspicion of counterfeiting foreign currencies.

His place of residence was searched and materials and photocopy machines which he used for his operations were found. The investigation is still ongoing.