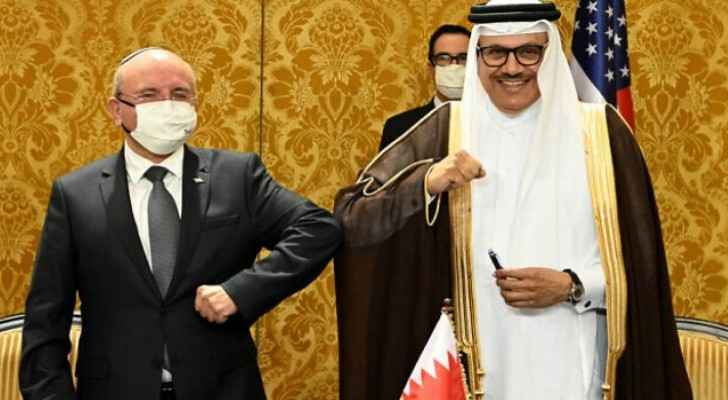 A high-level Bahraini delegation headed by Foreign Minister Abdul Latif Al-Zayani travelled to the Israeli Occupation on a visit that the occupation media described Wednesday as "historic."

This visit follows the establishment of diplomatic ties between Bahrain and the Israeli Occupation in a deal brokered by Washington.

On the flight from Manama to Tel Aviv, the Bahraini delegation was accompanied by the US Assistant to the President and Special Representative for International Negotiations, Avi Berkovitz.

The two ministers will meet in Occupied Jerusalem, and the rest of the Bahraini delegation will also meet separately with Prime Minister Benjamin Netanyahu and President Reuven Rivlin.

Wednesday, US Secretary of State Mike Pompeo will arrive in Tel Aviv, and a joint meeting is scheduled between Israeli Occupier decision-makers, and senior US and Bahraini officials.