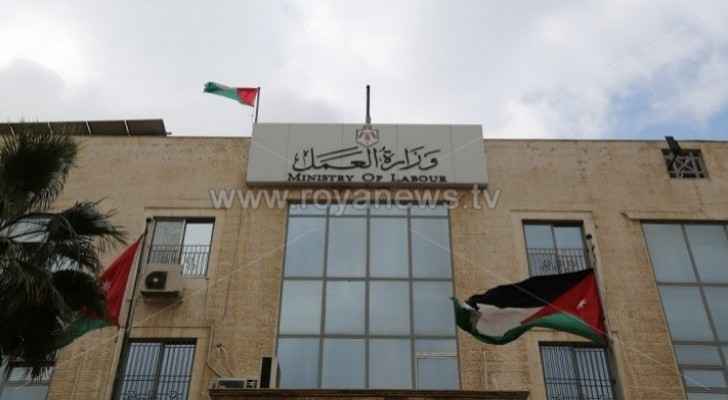 The media spokesperson for the Ministry of Labor, Mohammed Al-Zyoud, said Saturday that the protests that were carried out by migrant workers of two nationalities in one of the Al-Husun factories in Irbid Governorate’s Industrial zone a few days ago have nothing to do with delaying worker wages or ending their services or the work environment inside the factories.

Al-Zyoud pointed out that the Ministry of Labor followed the incident directly and communicated with the factory administration and workers, stressing that the factory is committed to paying the wages of the workers, and did not end any worker services and the work environment in the factory follows all required measures.

Periodic reports from inspection teams in the ministry confirmed that the work environment in the factory is safe for workers and is compatible with all applicable standards.

He pointed out, after verifying the incident and its causes, that it became clear that workers were protesting in relation to an increase of wages more than what was agreed upon in their work contracts, in addition to protesting overtime work.

Al-Zyoud added that the factory administration assured the ministry that it does not need to give workers any additional hours in light of the coronavirus crisis or increase their wages other than what their work contracts have stipulated.

Al-Zyoud pointed out that the Ministry is keen, through the inspection teams' rounds, to continuously ensure the extent of the factories ’commitment in general to paying the wages of their workers and providing them with a safe work environment.

Jordan to allow recruitment of domestic workers from Ghana

Jordan to allow recruitment of domestic ....