In Iraq, a radio station connects Syrian refugees with their country 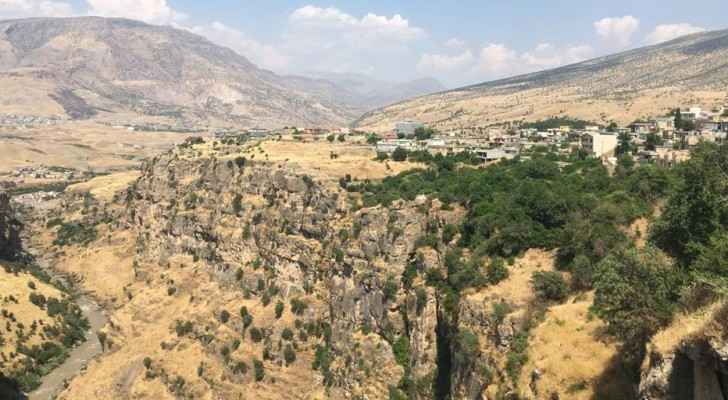 From a humble studio in Iraqi Kurdistan, Sherine Muhammad presents "Gardenia" radio news, but the content is purely Syrian and so is the audience composed of Syrian refugees in Iraq.

This 31-year-old Syrian Kurdish woman, who fled Qamishli in northeastern Syria in 2014, works as a broadcaster for the radio station founded in Arrabat near Sulaymaniyah in northeastern Iraq, and directed to the Syrians.

A small ring announces the end of the broadcast. Sherine quietly puts her earphones on the white wood desk.

The former makeup artist had to leave her country to follow her husband, who fled to avoid military service in the Syrian army.

She tells France-Presse that when "the Islamic State invaded the country, the military service became just a pretext to suppress the revolution" in northeastern Syria, a region mostly under the control of Kurdish fighters, which demands self-rule.

The Kurds in Syria have suffered from decades of marginalization, and their influence gradually increased after the conflict began.

Arbat camp includes 9,056 Syrian Kurds, according to the United Nations High Commissioner for Refugees, most of whom chose Sulaymaniyah to search for work, joining relatives who worked there since before the conflict that broke out in their country in 2011.

Sherine has been dreaming of journalistic work for a long time. So she seized the opportunity in 2018 when the Italian non-governmental organization "On Ponte Bear" presented a training proposal to establish a small radio station for refugees.

It is clear that the radio’s political line is opposed to the regime of President Bashar al-Assad.

Sherine asserts that since she started working as a broadcaster, she has sought to provide reliable news to followers. In her opinion, the problem lies in the "fake news broadcast by the regime," at a time when "everyone has a smart phone and can read anything about Syria."

Outside the studio, Sherine interviews refugees in the camp every day in order to "give real information to those who are still at home through our Facebook page, so that our families see that we are not living in tents."

With confidence, she walks through the streets of the camp, wearing a jacket that says "Gardenia FM." Residents greet her from afar, while someone offers her bread, everyone knows who she is. She addresses a young apprentice, running behind her, saying, "This is how we build a network of relationships."

Forty percent of the 230,000 Syrian refugees in Iraq live in camps, the majority of them in Kurdistan, according to the International Organization for Migration.

There are five and a half million Syrian refugees around the world.

And continuing in Damascus on Thursday, a conference aimed at encouraging refugees to return to their country. However, human rights organizations warn that many of the areas that Damascus hopes to return refugees to lack the necessary infrastructure, or are still insecure.

"Syria is still in our hearts," said said.

"But when we show that we can build something with our own resources, it is our way of saying that we are able to build Syria without Assad."