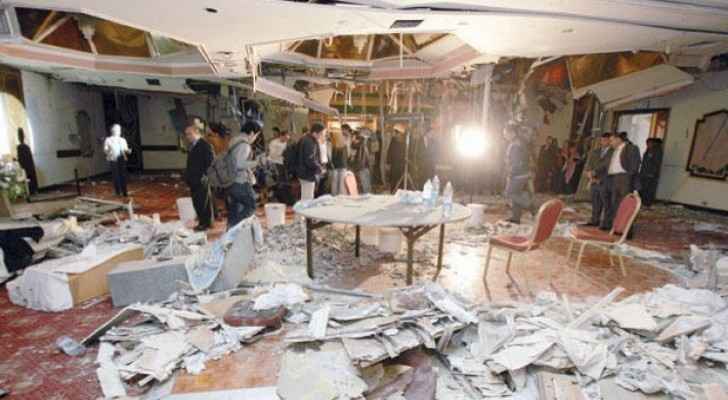 The bombings constituted a historic turning point in the Kingdom, as Jordan emerged more powerful in combating terrorism by taking a number of legislative, precautionary and preventive measures.

His Majesty King Abdullah II has since repeatedly emphasized the importance of confronting and fighting terrorism:

“An effective global response to terrorism requires continuous collective action. (...) It is not over yet, as winning the war requires a comprehensive, long-term approach which combines security measures with strong initiatives that support integration and hope, on and off the Internet. We must confront all, and I say all ideologies of hate, including hatred against Islam."

PM Bisher Al-Khasawneh recalled the bombings on Twitter Monday saying, "On the 15th anniversary of the Amman terrorist bombings, we remember with reverence the righteous martyrs of Jordan"

He added in his tweet, "the forces of darkness, evil, terrorism and their heinous crimes did not and will not deter [us] from continuing with confidence in [our] triumphant march and [our] righteous approach."