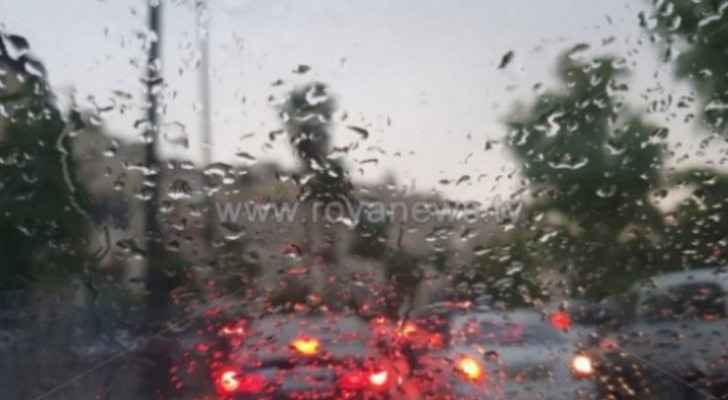 Jordanian weather is expected to slightly warm up in comparison to previous days as it is gradually being further affected by air instability Sunday.

The weather will be mildly hotter in most regions, with quantities of clouds during the daylight hours.

There is a chance of thunderstorms and rainfall during the afternoon hours in random and dispersed areas.

The winds are southeasterly to easterly moderate, they are active at intervals and cause dust in some areas.

As night falls, Jordan will be especially affected by the atmospheric instability and it is expected to be increasingly strong in some areas.

The weather will be relatively cold with the appearance of quantities of clouds at different heights, followed by the expectancy of rain and thunder in random areas of the north, central and east of the Kingdom.

Some of these rain showers will be abundant in some neighborhoods and narrow geographical ranges and will be accompanied by hail causing the rise of water levels which will form sudden torrents and flooding.

These thunderstorms will also be accompanied by strong gusts of wind.

The center and north of Jordan will witness eastern to northeastern moderate winds, which will become active at intervals causing dust, while the winds in the south of the kingdom will be light and volatile.

Unstable weather conditions will decline starting Monday morning, with the chances of thunderstorms remaining in the east of the Kingdom.