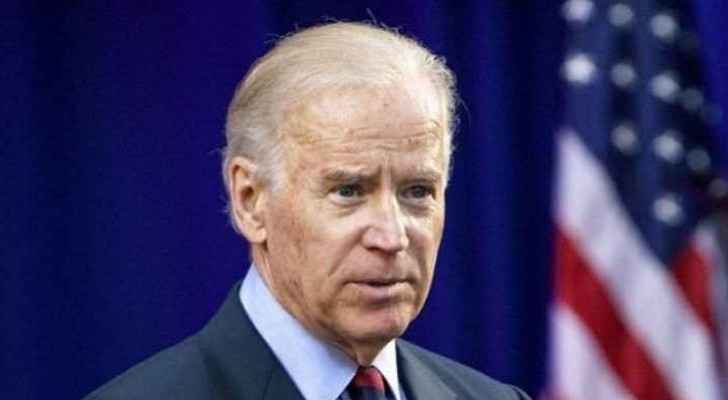 Many world leaders Sunday congratulated Joe Biden on his election as President of the United States, turning the page on Donald Trump, and calling for joint action to face global challenges:

Palestinian President Mahmoud Abbas congratulated the US President-elect Joe Biden on Sunday on his victory in the elections, expressing his hope for "strengthening the Palestinian-American relations," which have witnessed a stalemate in recent years.

Abbas expressed, in a statement, "his aspiration to work with President-elect Biden and his administration to strengthen Palestinian-American relations, to achieve freedom, independence, justice and dignity for our people (...) and for peace and stability in the region and the world."

"We congratulate Joe Biden and Kamala Harris," Netanyahu wrote in a tweet on his Twitter account. "Joe has known each other for nearly forty years, our relationship is warm, and I know that you are a great friend of Israel," he added.

"I hope I can go further with you both to further deepen the special alliance between the United States and Israel," he said.

In a second tweet, Netanyahu wrote, "Thank you Donald Trump for the friendship you have shown to Israel and me personally, for recognition of Jerusalem and the Golan Heights, for your position on Iran, for these historic peace agreements, and for leading the US-Israeli alliance to unparalleled heights."

Caracas cut diplomatic relations with Washington in 2019 after the Trump administration, along with about 60 other countries, recognized Maduro's opponent, Juan Guaidó, as interim president of Venezuela.

In his statement, Guaidó congratulated Biden on his election victory. "We will work together to ensure the return of democracy, freedom and human rights to the people of Venezuela," he said.

Mexican President Andres Manuel Lopez Obrador said Saturday it was too early to congratulate Joe Biden. "We will wait until all the legal issues are resolved. We do not want to be rushed," he said.

"We do not wish to act lightly and we want to respect the right of self-determination for peoples and the rights of others," he added, while outgoing President Donald Trump did not acknowledge his defeat and announced his intention to contest the elections in court.

The Mexican president said, "There is no dispute between us and any of the candidates. It is a humanitarian issue and we must be polite and political caution before taking a position on what happened."

European Council President Charles Michel and European Commission President Ursula von der Leyen congratulated Biden on his victory in the US presidential election, and stressed the European Union’s desire to rebuild a “strong partnership” with the United States.

"I warmly congratulate Mr. Biden on his victory (...) and I look forward to meeting him at the earliest opportunity," Von der Leyen said in a statement.

Michel wrote in a tweet, "Congratulations to Joe Biden and Kamala Harris."

"The European Union is ready to commit to a strong transatlantic partnership. Covid-19, multilateralism, climate and international trade are challenges that must be faced together," he added.

NATO Secretary-General Jens Stoltenberg congratulated Biden on his election victory, as a "strong supporter" of the alliance, and expressed his "enthusiasm to work" with him.

"I know Joe Biden, he is a strong supporter of our alliance, and I'm excited to work closely with him. A strong NATO is good for North America as well as for Europe," he wrote in a tweet.

French President Emmanuel Macron said in a tweet, "The Americans have chosen their president. Congratulations to Joe Biden and Kamala Harris! We have a lot of work to do to meet the current challenges. Let's work together!"

"The United States is our most prominent ally, and I am excited to collaborate closely on our shared priorities, from climate change to trade and defense," Johnson wrote in a tweet.

"Congratulations! (...) I wish with all my heart luck and success," said the German chancellor, whose relations with Washington were complicated during the Trump era. "Our trans-Atlantic friendship is indispensable if we want to overcome the current big challenges," she added, according to what her spokesperson wrote on Twitter.

For his part, German Foreign Minister Heiko Maas confirmed that he looked forward to a "new start" for the transatlantic relationship.

"Warm congratulations to Joe Biden and Kamala Harris (...) I look forward to working with you to further strengthen the Japanese-American alliance and ensure peace, freedom and prosperity in the Indo-Pacific and beyond," Japanese Prime Minister Yoshihide Suga wrote on Twitter.

Indian Prime Minister Narendra Modi congratulated Biden and described his deputy, Kamala Harris, the daughter of an Indian woman, as a source of "great pride."

"I congratulate you on your wonderful victory," Moody wrote, heading to Biden. In a separate tweet to Harris, he said, "Your success is groundbreaking, and a source of immense pride not only for your family, but also for all Americans of Indian descent."

In a contrasting position, the Slovenian Prime Minister Janis Jansa, who congratulated Trump on his re-election, saw that the vote had not yet been decided.

He wrote in a tweet, "Legal measures have been taken in all US states where the results are close and the courts have not made their decisions. Despite this, the media (not any official institution) announced the result. Congratulations come from everywhere, and this is a state of law."

The GCC countries congratulated Biden upon announcing his victory.

Abu Dhabi Crown Prince Sheikh Mohammed bin Zayed Al Nahyan wrote in a tweet, "My sincere congratulations to Joe Biden," stressing that "the UAE and America have historic ties of friendship and strong strategic alliance, and we will continue to strengthen them during the next stage."

The Prime Minister and Ruler of Dubai, Sheikh Mohammed bin Rashid Al Maktoum, wrote in a tweet, "Our relations for five decades are solid and strategic with the United States (...) and we wish this relationship further progress and solidarity with the new elected president."

In Qatar, the Emir of the country, Sheikh Tamim bin Hamad Al Thani, said he was looking forward to "closer cooperation" with Washington, while the rulers of Kuwait, Oman and Bahrain sent telegrams of congratulations to the elected president.

Saudi Arabia has yet to offer congratulations.

Egyptian President Abdel-Fattah Al-Sisi congratulated Biden on his election, stressing his aspiration "for cooperation and joint action in order to strengthen the strategic bilateral relations between Egypt and the United States in the interest of the two friendly countries and peoples."

Lebanese President Michel Aoun congratulated Biden on his election as President of the United States, expressing his "hope that, during his term, balance in Lebanese-American relations will be restored in the interest of the friendly Lebanese and American peoples."

The Jordanian monarch, King Abdullah II, congratulated the elected president and his deputy in a tweet on Twitter. He wrote in a tweet, "We look forward to working with you to develop the historic and solid partnership between Jordan and the United States, to serve our common goals towards peace, stability and prosperity."

The head of the political office of Hamas, Islmail Haniyeh, called on Biden to correct the US' wrongs with the Palestinian people, including many Trump-era decisions of declaring Occupied Jerusalem the capital of the occupier, the "deal of the century," and the cutting of UNRWA funds.

What do we know about Trump's COVID-19 infection?