Rise in temperatures expected as chances of rain continue

Rise in temperatures expected as chances of rain continue 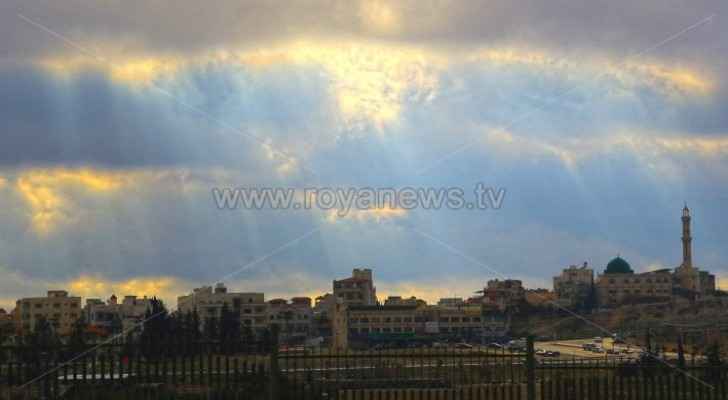 According to ArabiaWeather, Jordan Saturday will witness an increase in temperatures as weekly rain continues. However, temperatures will remain below the average rates for this time of the year by about four to six degrees Celsius.

Several regions in the Kingdom will witness autumn temperatures with an increased chance of clouds at different heights.

Some border areas may witness local showers with light winds which blow in different directions.

The weather will be cold in most areas, with quantities of clouds still appearing at different heights.

There will be easterly to northwestern winds blowing at moderate speeds. Winds will be activated at intervals and will increase the sense of cold.

Jordan is gradually affected by a state of atmospheric instability, where there is another rise in temperatures, but despite that it remains below its average for this time of the year by about two to four degrees Celsius.

The autumn weather is moderate in temperature in most regions, and with the passage of daylight hours, quantities of clouds will multiply at different heights.

Afternoon hours may show thunderstorms and rain in some random areas of the Kingdom, especially the eastern regions.

There will be southeasten to eastern moderate winds, which will be active at intervals and cause dust in some areas.

It is recommended to stay away from valley streams, reefs and torrential streams due to the high risk of water levels rising due to rain.