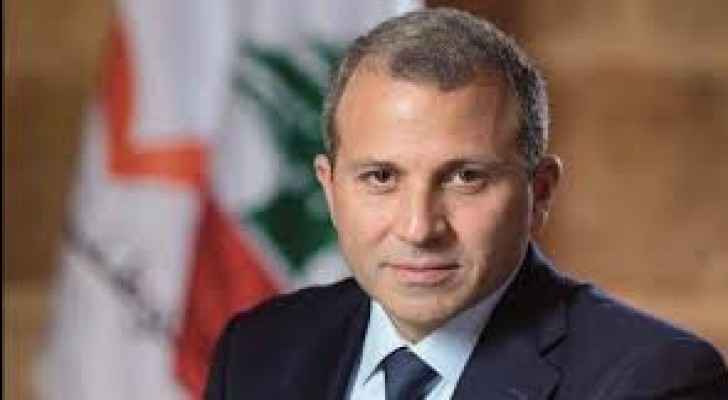 Friday, the US Treasury announced financial sanctions against influential Lebanese politician Gebran Bassil, son-in-law of President Michel Aoun and an ally of Hezbollah, for his involvement in "corruption" and embezzlement of state funds.

The ministry said in a statement that the sanctions mean freezing all assets belonging to Basil in the United States. And it asked the Lebanese banks that deal in US dollars to freeze all its assets in Lebanon.

Bassil quickly responded to the US decision via Twitter saying that the sanctions "do not scare him."

Bassil, 50, is considered one of the people closest to Aoun, whom he considers as his political heir. He is the head of the Free Patriotic Movement led by the President of the Republic, and a close ally of Hezbollah, on which the United States also imposes sanctions and considers it a "terrorist."

The penalties come within the framework of the "Magnitsky" law, which is the name of a Russian lawyer who died in detention in Moscow after uncovering a corruption case. It was passed in the United States in 2012 to combat global impunity for individuals and companies for violating human rights or committing acts of corruption.

US Secretary of State Mike Pompeo tweeted that “Lebanese leaders should listen to their people, implement reforms and put an end to corruption,” adding, “Today, the United States classified Gebran Bassil, a corrupt former minister who abused his government positions.”

A US administration official said in a press conference that Gebran Bassil “used his influence to delay efforts” to form a government in Lebanon.

"With this act today, we encourage Lebanon to form a government without politicians known to practice corruption, and to start serious economic reforms," added the official, who declined to be named.

"The Lebanese people deserve better than Gebran Bassil," he said.

Prime Minister-designate Saad Hariri, whose government in which Bassil was a member, collapsed a year ago under street pressure, is seeking to form a new government. He promised the government of reforms that would contribute to Lebanon's access to the promised international aid that stopped the continuous economic collapse in Lebanon for more than a year. This aid is conditional on reforms.

On October 17, 2019, a wide protest movement was launched in Lebanon, calling for the departure of the entire political class, accusing it of corruption and impiety, after the country reached miserable economic and living conditions. The momentum of the movement dwindled with the outbreak of the coronavirus and people tired of politicians' clinging to power. The horrific explosion that occurred in the Beirut Port on the fourth of August exacerbated the people's concerns, especially since all indications indicated that it was caused by neglect and corruption.

The American official also indicated that Gebran Bassil's party is "closely linked" to Hezbollah, and establishes a "political partnership with it that allowed Hezbollah to expand its influence and contribute to the government system that failed to secure the basic needs of the Lebanese people."

In a comment on Twitter, Bassil responded to the announcement of the sanctions by saying, "Neither the sanctions scared me nor the promises seduced me. I do not turn against any Lebanese ... nor save myself so that Lebanon will perish."

He added, "I became accustomed to injustice and learned from our history: We are prescribed in this East to carry our cross every day ... to survive."

For the first time, US sanctions have affected a high-ranking political official who is Hezbollah's Christian allies.

Last month, the US administration imposed sanctions on the former minister of the Christian Marada movement allied with Hezbollah, Yusef Fenianos, and the former finance minister, Ali Hassan Khalil, of the Shiite Amal Movement headed by Parliament Speaker Nabih Berri, the most prominent ally of Hezbollah.

The Free Patriotic Movement and Hezbollah have gathered a document of understanding since 2006.

Commenting on the US decision, Hezbollah said that it was a "pure political decision and blatant and blatant interference in the internal affairs of Lebanon," adding that "this decision specifically aims to subject a large Lebanese political team to American conditions and dictates."

Among the reasons cited in the Treasury Department's statement to impose sanctions is that Bassil is "responsible or complicit, or was directly or indirectly involved in corruption, including embezzlement of state assets and confiscation of private assets for personal gain."

She also spoke about corruption "related to government contracts or extraction."

"In 2017, Bassil strengthened his political base by appointing friends to his positions (...). In 2014, when he was Minister of Energy, he approved several projects that would direct funds from the Lebanese government to individuals close to him," the statement read.

Since Aoun's accession to the presidency in 2016, Bassil is widely viewed as the "shadow president."

During the popular protests, there was a consensus that he was targeted with slogans and insults. But he and his movement insist that he is one of more than one action for Lebanon, and that he has been "prevented" from achieving the reforms that the movement has carried its banner for years.

Many media reports, statements and a wide popular segment spoke of Bassil's involvement in deals, kickbacks and corruption. Analysts described the resentment against him as "political assassination," but the reality indicates that he remains the strongest among the Christian parties, even if his popularity diminishes to a large extent, by virtue of his alliance with Hezbollah, which largely controls political life in Lebanon, a small country with a complex political and sectarian composition.

Since 2018, Bassil has headed the largest parliamentary bloc in the Lebanese Parliament, after winning a parliamentary seat following the approval of a new election law, of which he was one of its most prominent engineers. He has been a minister in all governments since 2008, and he has taken the portfolios of communications, energy and foreign affairs, with the exception of the last government that was presented as a non-political specialist, which lived for only a few months, and fell after the port explosion because of the control of politicians, including Basil, over it.

During the formation of successive governments in recent years, he was accused by his opponents of obstructing authorship by imposing its conditions. The accusation leveled against him by the US administration has already been discussed in recent days in Lebanon, with Hariri stumbling to form a government more than two weeks after his assignment.

Washington imposes sanctions on Belarus after ....

Washington imposes sanctions on Belarus after ....

Dozens dead and thousands injured in ....