Senior citizen found abandoned under the rain for three days

Senior citizen found abandoned under the rain for three days 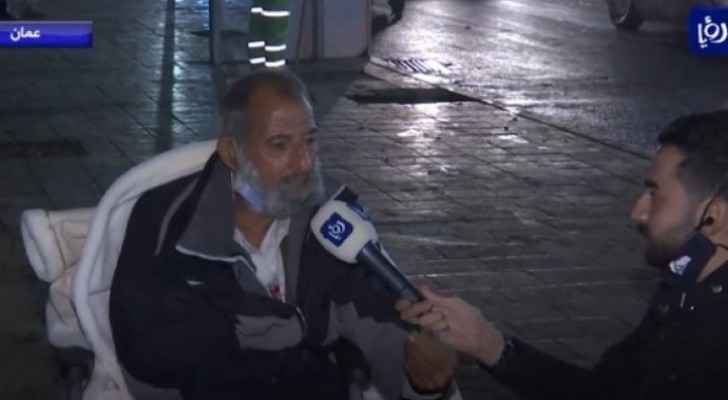 Roya interviewed a Jordanian senior citizen "Abu Rami" who has been abandoned in the streets of downtown Amman, under the rain, for three days, reported Roya's correspondent Thursday.

The man identified as Mohammad Haloush said his son brought him to Amman from Irbid Tuesday. He told him he would be gone for an hour to get him cigarettes but never came back.

Abu Rami said he had previously gone to the Family Protection Department, the Ministry of Social Development and the governor or Irbid for help but no one helped him.

The spokesperson for the Ministry of Social Development told Roya that the Minister Ayman Mufleh has instructed the ministry’s teams to immediately handle the situation of the senior citizen who has been abandoned by his family.

Abu Rami has been transferred to a nursing home and is receiving the healthcare he needs.

The spokesman for the Ministry of Social Development, Ashraf Khreis, said that after reviewing his case, it will be transferred to the public prosecutor.