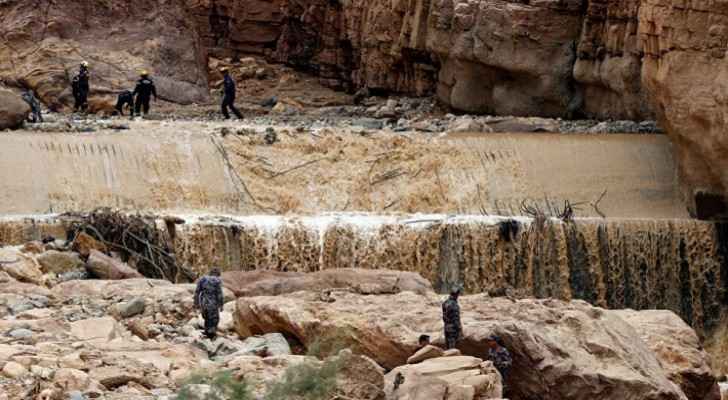 Jordan faces a state of air instability Sunday due to the extension of the Red Sea Depression, which increases atmospheric instability espeically at night.

The weather condition calls for extreme caution due to fears of thunderstorms which will cause sudden flooding.

Temporary dust waves will appear due to volatile winds, especially during the thunderstorm, with a chance of lightning and hail showers.

The Director of Civil Defense called on citizens to exercise caution and to call 911 if the need arises.

The Directorate called on citizens to "reduce movement on roads that witness heavy dust as much as possible." according to their awareness leaflet.

They stressed the importance of being cautious while driving, especially on sloped roads in areas where rain falls.

It is recommended to move from lower areas to high and safer places, especially those who live in mobile housing units such as tents.

The following recommendations were issued:

1) Use extreme caution by keeping away from streams, valleys, reefs and torrential streams due to high chances of strong flows and flash floods, especially in the desert areas, valleys and foothills of mountainous heights and slopes.

2) Pay attention to the risk of low visibility due to the formation of fog in the valleys and Eastern plain areas, including the Queen Alia International Airport and parts of the desert road.

3) Be aware of the danger of severe winds during the thunderstorm, especially in open areas.

4) Pay attention to the risk of low visibility, especially in desert areas, as a result of temporary dust waves which may be intense.

5) Be aware that the risk of severe thunderstorms and the occurrence of lightning strikes, especially in open areas and plains.

In addition, The Greater Amman Municipality warned business-owners and citizens of potential flooding and torrential rains.

They also called on them to take the necessary preventive measures and inspect submersible pumps in the basements of buildings and shops.