Chileans vote in favor of new constitutional change, first to be written in equal part by women

Chileans vote in favor of new constitutional change, first to be written in equal part by women 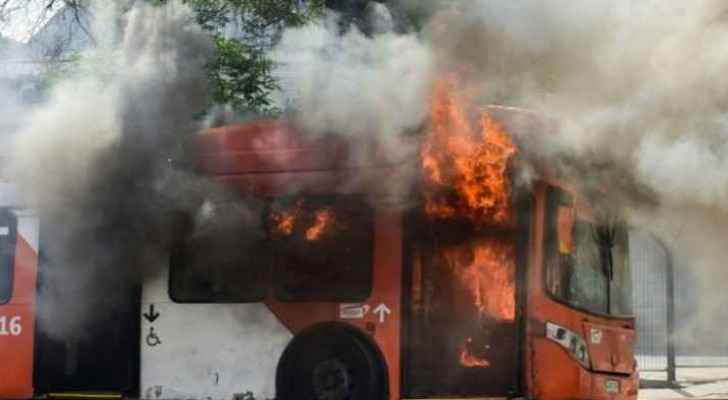 Chileans voted by a large majority Sunday in favor of a new constitution, to replace the one inherited from the Pinochet era, in a referendum held a year after the outbreak of an unprecedented social uprising to reject social inequalities.

According to partial results, which included 69.81 percent of polling stations, the percentage of support for a new constitution was 78.01 percent of the vote, compared to a percentage of 21.99 percent rejecting this option.

Commenting on these results, Conservative President Sebastian Pinera called, in a televised address, for the country to "unite,” with the aim of drafting a "new constitution.”

"Until now, the constitution has divided us. Starting today, we must all work together, so that the new constitution is a space for unity, stability and the future," he said.

At a time when the counting of votes was still continuing, thousands of jubilant demonstrators gathered in central Santiago, in the "Plaza Italia,” the center of the protests, to celebrate "victory,” according to the sightings of an AFP journalist.

Amid an atmosphere of joy and the sound of firecrackers and car horns, Graciela Gonzalez, a 35-year-old saleswoman, said, "We are celebrating a victory we have achieved in this arena!"

"I never imagined that we Chileans would be able to unite for a change like this!" Said Maria Isabel, 46, who came to the square with her 20-year-old daughter.

The official turnout in the referendum is not yet known, but Electoral Authority Officer Patricio Santamaría expected a high figure.

The replacement of the constitution inherited from Augusto Pinochet's dictatorial era (1973-1990) was one of the demands of the demonstrators who have taken to the streets since October 18 2019 to demand a more just society.

Saturday, the number of people infected with the new Coronavirus exceeded the 500,000 mark, but the infection curve has now stabilized.

Supporters of adopting a new constitution, who are especially center and left-wing opponents, believe that the new constitution would remove a major obstacle to deep social reforms in one of the most unequal countries in Latin America.

The psychiatrist Ernesto Quintana, 38, said, "The current constitution prevails over the neoliberal system to the maximum, and has led to the continuation of a system in which there is no equality at all."

Opponents of the adoption of a new constitution believe that it is possible to introduce changes to the basic text that they believe has guaranteed the stability of Chile in recent decades, without the need to repeal it.

"I want peace, so I vote against" the adoption of a new constitution, written on one of the walls of the capital, Santiago, referring to the acts of violence, looting and insults that have permeated the demonstrations since the beginning of the crisis.

To date, no attempt to replace the body text has been successful. The 1980 constitution was drafted so that conservative currents would remain in power even after the end of the dictatorship.

"The first aim of this constitutional process was to get out of the shadow of Pinochet's dictatorship (...) in order to obtain a new constitution without the original sin of drafting it under duress," Marcelo Milla, a professor of political science at the University of Santiago, told AFP.

He added that the second goal is "to ensure the ability to solve problems that have become structural and paralyze the work of Chilean democracy by political and peaceful means," such as inequality and exclusion.

Due to the COVID-19 pandemic, polling, which was tentatively scheduled for April 26, was postponed to October 25, the day that marks the first anniversary of the historic rally in Piazza Italia in the heart of Santiago.

This gathering of 1.2 million people at the center of the protest was a turning point in the movement.

Until the outbreak of the crisis, Chile was considered one of the most stable countries in Latin America, along with good macroeconomic performance.

Even Conservative President Pinera, one of Chile 's richest men, described his country as an "oasis" in the region just days before the protests began.

The crisis, which resulted from the increase in the price of metro tickets in Santiago, was fueled by residents' anger caused by the separation of elites from the reality of the difficult daily life of the largest population. The crisis has taken the entire political class by surprise.

Neither the right in power, nor the center nor the left in the opposition succeeded in calming the anger of the street. The calls made by each of the two camps to gatherings during the referendum campaign did not attract more than a few hundred people.

Wednesday, Pinera called on Chileans to vote massively, and he hoped for "national reconciliation.”