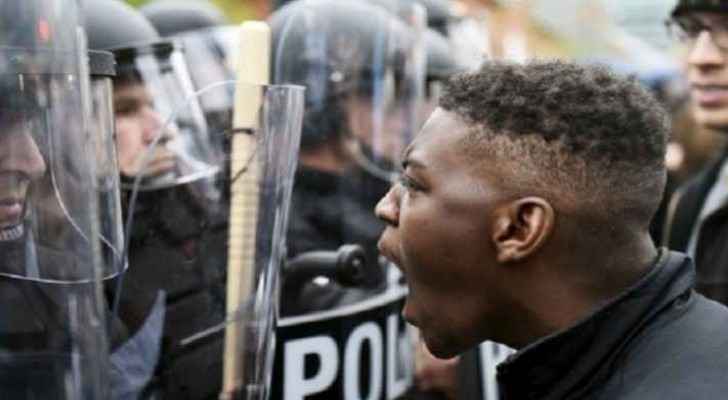 A curfew has been issued in Philadelphia and the National Guard will be deployed to the city after a Black man was killed by police, resulting in protesters clashing, some violently, with police.

The violence erupted after the killing of a 27-year-old man named Walter Wallace Jr. Monday afternoon in the West Philadelphia neighborhood, after two policemen shot him and killed him according to a video circulating on social media. He posed no imminent risk to the officers.

The two policemen went to the scene of the accident after a call was received stating that a man was carrying a knife. Wallace Jr. refused to surrender his knife despite police orders, according to Eric Grib, a Philadelphia Police spokesman .

His father told the Philadelphia Inquirer that the slain was suffering from psychological problems and was undergoing treatment.

"Why didn't they use the electric stun gun?" Asked Walter Wallace, Sr., who indicated that "his mother was trying to calm the situation."

A few hours after the incident, around 300 protesters gathered in the streets to protest police violence and racism, which led to clashes with the police.

The Philadelphia police told AFP that 30 policemen were injured, and a large number of them were taken to hospital.

Most of the injuries resulted from projectiles, including bricks, that were thrown by the protesters, and a policewoman was injured after being hit by a car, according to a police spokesman.

Shops were vandalized, a police car was set on fire, and several people were arrested, according to the authorities.

A wave of anti-racism protests, sometimes involving violence, has swept the country since George Floyd, a 40-year-old African American, was killed by a white policeman at the end of May.

"I watched the video of this tragic accident and it raises some tough questions that have to be answered," said Philadelphia Mayor Jim Kenny.

He announced that an investigation would be opened.

"We are monitoring the situation closely. We are ready to deploy federal elements, if needed. President Trump will not tolerate violence directed at US security forces," said Alyssa Farah, Director of the White House Strategic Communications Office.