Washington warns of missile strikes by Houthis on Riyadh

Washington warns of missile strikes by Houthis on Riyadh 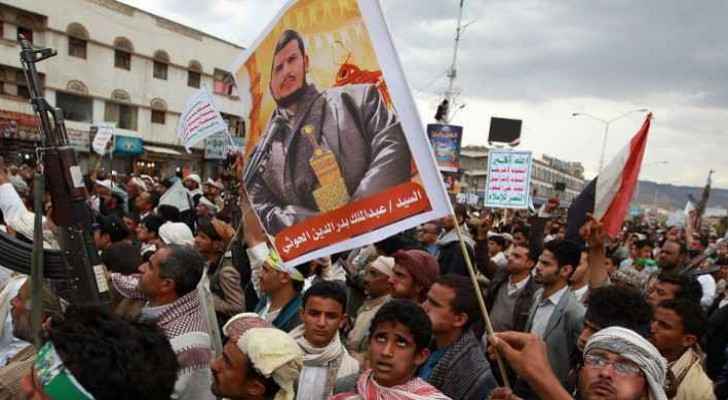 US officials warned Wednesday of missile attacks by Houthi rebels in Yemen against Riyadh, after the Saudi-led Coalition to Support Legitimacy in Yemen announced that it had intercepted explosive drones launched by the Houthis towards the Kingdom.

The United States Embassy in Riyadh called on American citizens in the Saudi capital to "be alert" and "to take the necessary precautions."

The statement, which the embassy published on its website, added that it "is following reports of possible missiles or drones that may target Riyadh today," without giving further details.

The Houthis had previously targeted Riyadh with missiles and drones, the majority of which were intercepted by the coalition.

Riyadh is about 700 km north of the Yemeni border.

Hours after the embassy’s statement, the coalition announced the interception of “six drones (booby traps) launched by the terrorist Houthi militia in a systematic and deliberate manner to target civilian objects and civilians in the Kingdom,” according to what the Saudi Press Agency quoted from a statement issued by the spokesman for the coalition forces, Colonel Turki Al-Maliki .

The Coalition to Support Legitimacy in Yemen did not clarify what these goals were.

Later, Saudi TV reported that the coalition also intercepted a ballistic missile that was targeting the Jizan region and destroyed two other targets in the air.

Since 2014, Yemen has been witnessing a war between the Houthi rebels backed by Iran and the forces loyal to the recognized President of the United Nations, Abd Rabbu Mansour Hadi, whose government sought refuge in Aden and made it the country's "temporary" capital.

The war escalated with the intervention of a Saudi-led military coalition to support the government in March 2015.

Since last January, the Houthi rebels have waged a fierce campaign to expel the internationally recognized government forces from the city of Ma'rib (120 km east of Sanaa), the center of the governorate of the same name, with the aim of completing their control over northern Yemen.

After six years of fighting, Yemen is witnessing a collapse in its health sector and famine threatens millions of its residents.