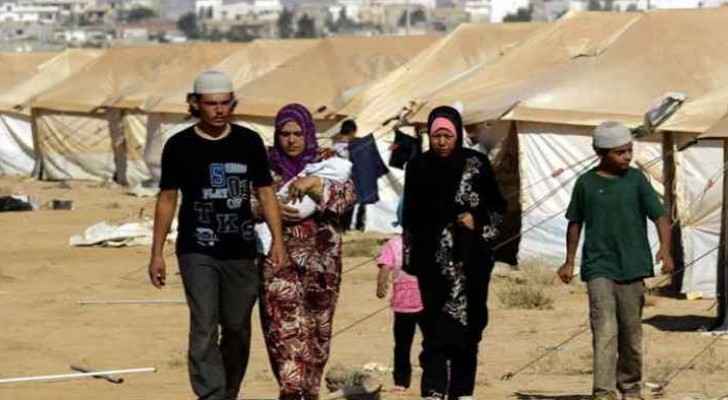 Two Belgian researchers confirmed in a study published Wednesday that more than 600 children of European militants, nearly a third of them French, are currently being held in two Kurdish-controlled camps in northeastern Syria, denouncing the "inaction" of their countries.

Touma Renard and Rick Colsaet, experts on militant affairs at the Egmont Institute in Brussels, said in their study that "between 610 and 680" children from European Union citizens are currently detained with their mothers in the Rouge and Al Hol camps in northeastern Syria.

If these children are added to about 400 adults - including militants detained in particular in the Syrian city of Hasaka - there are in total about 1,000 Europeans detained in the Iraqi-Syrian region, according to the study, which was based on official data, expert estimates, and statistics from field NGOs.

The French are followed by the Germans, then the Dutch, then the Swedes, then the Belgians, then the British, according to the study that pointed out that there are at least 38 detained Belgian children and 35 British minors.

The researchers considered that with regard to adult militants who fought in the ranks of Daesh and whose countries have ruled out the possibility of taking them back, the detention of these "outside any international legal framework" and the ambiguity surrounding the possibility of them getting a trial where they are, is reminiscent of the case of the detainees in the American Guantanamo camp.

"Today, with these European detainees, we are witnessing a similar situation" of the Guantanamo detainees, Touma Renard told AFP, calling for consideration of the possibility of trying them before the courts of the Kurdish administration.

As for the children, according to the researcher, "they are victims of the choices of their parents, victims of war and the extremely difficult conditions in these camps, as well as victims of the inaction of European governments."

Renard stressed that European governments "are fully aware of their situation, but have chosen not to return them to their homelands, often in contravention of the recommendations of their administrations and their specialized agencies to combat terrorism."

The researcher rejected the idea that these children would be "ticking bombs" if they were returned to their countries.