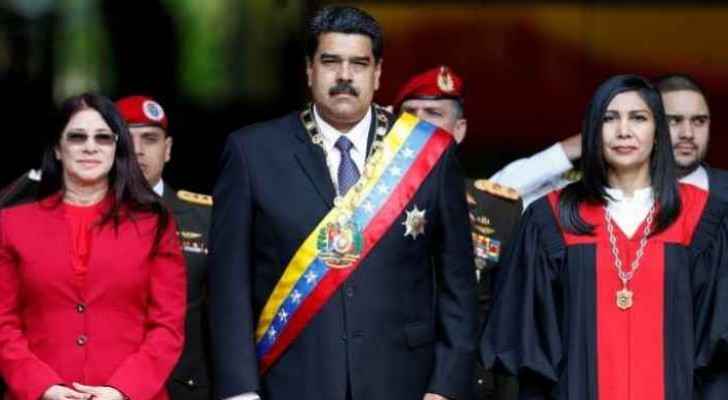 The Socialist president told a press conference in Caracas that the Amway refinery in northwestern Venezuela "was attacked with a powerful weapon" Tuesday afternoon.

He added that this "attack" led to "the turret of metal that is thicker than that of an attack tank.”

Without explaining the impact of the "attack" on oil production or the weapon that was used, Maduro asserted that it was the work of "a terrorist group of Juan Guaidó,” the leader of the Venezuelan opposition, which is recognized by about fifty countries as the country's interim president.

In response to these statements, Juan Guaidó asserted that Maduro had made "lies.” He wrote in a tweet on Twitter, "What has destroyed my money and the refineries, corruption and looting" of oil installations.

The opposition said an explosion took place in Amway. Rep. Luis Stefanelli said the accident was most likely caused by a "hydrofluoric acid leak" rather than an "attack.”

The Amway refinery is part of the massive Paraguana oil complex, one of the largest oil complexes in the world. In theory, its capacity is 955 thousand barrels per day, but its production is far from this figure today.

Venezuela, which has the world's largest proven oil reserves, is producing 400,000 barrels per day, compared to 3.2 million barrels 12 years ago.

The opposition and analysts attribute this decline to corruption and mismanagement, while Maduro attributes this to the US embargo on Venezuelan crude oil.

As a result, Venezuela experiences frequent fuel shortages, which are more severe even in Caracas.

Faced with this situation, Venezuela has recently sought help from its ally Iran, which has sent a number of oil tankers to it in recent months.