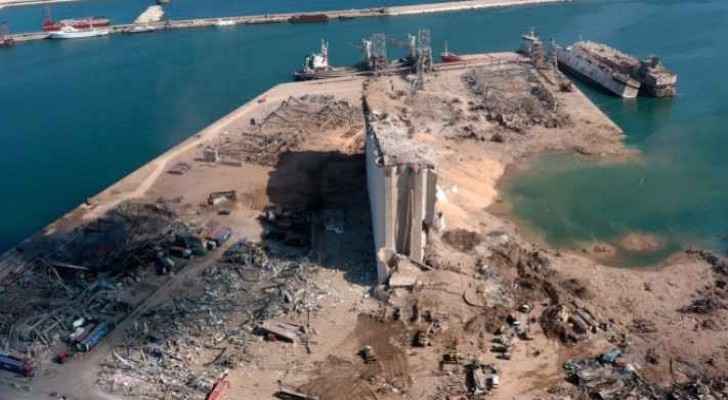 Wednesday, the Beirut Bar Association filed nearly 700 criminal complaints before the Public Prosecution, in the name of those affected by the horrific Beirut Port explosion, which killed more than two hundred people.

The head of the Bar Association, Melhem Khalaf, said in a speech, according to the official National Media Agency, "We have lodged 679 complaints today on behalf of the families of victims, wounded and affected people," who do not have "the ability to appoint lawyers."

"We are facing a terrible catastrophe, and we can only stop at the limits of issuing a verdict," he added, stressing that "we need to take the investigations that are taking place in depth, and to go vertically with responsibilities and horizontally in the search for the parties who were among them."

This is the first batch of more than 1,400 files prepared by the Syndicate after the explosion that occurred on Aug. 4, leaving more than 6,500 wounded, in addition to the victims, in addition to severe damage to a number of neighborhoods in the capital.

The Lebanese authorities are investigating the explosion, which they attributed to the storage of huge quantities of ammonium nitrate in the port without preventive measures, and it was found that officials at several levels were aware of the dangers of storing it without moving a finger.

The Judicial Council looking into the case did not announce the results of any of the investigations under which at least 25 senior officials responsible for the port’s management and security were arrested. This angered the families of the victims, who Wednesday threatened to escalate their protest movements.

French and FBI investigators participated in the initial investigations. A judicial source told France Press that Lebanon has received the report of the American investigators, which said the cause of the blast was inconclusive, while it is still awaiting the report of the French experts, which is expected within two weeks at the latest.

He explained that he "relied a lot on the French report to determine the causes of the explosion."

According to Khalaf, the FBI report is based on "the information of the Lebanese authorities," while the French report is "based on the results of laboratory analyzes."

Beirut is still waiting for satellite images of the port explosion, in an attempt to determine its causes. Officials at several levels say they do not know why they are not receiving the photos yet.