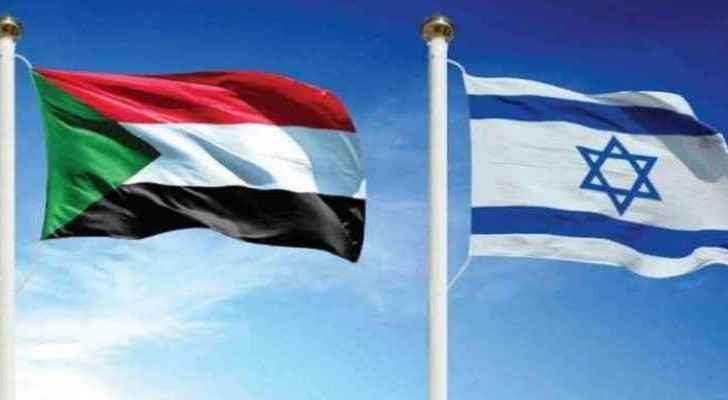 Thousands of Sudanese asylum seekers in the Israeli occupation fear that they will be forcibly returned to Sudan, especially to the Darfur region, where the specter of war still hangs over after the announcement of an agreement to normalize relations between Khartoum and the Israeli occupation.

Sudan is the third Arab country since August to announce an agreement to normalize relations with the Israeli occupation, after the UAE and Bahrain.

About 6,000 Sudanese live in the Israeli occupation, most of them asylum seekers.

But since the agreement was announced, Brick Saleh, 26, who lives in the Tel Aviv suburb, said, "Sudanese refugees are really afraid that the Israeli government will send us back to Sudan."

Thousands of them left or were forced to return after South Sudan's independence in 2011, but the nascent country quickly plunged into a horrific civil war.

Some of the Sudanese, who are called "infiltrators" due to their illegal entry into the Israeli occupation, were minors upon their arrival. They are not always allowed to work and cannot obtain Israeli occupation citizenship.

Brik Salih said that he lived in West Darfur until the beginning of the civil war in 2003. He was nine years old when he fled with his family to neighboring Chad. As a teenager, he ran to Libya, but instead of trying to cross the Mediterranean, he headed to Egypt and then into the Israeli occupation.

He says, "I am the first to want this normalization, but if I am deported, I will be 100 percent iin danger. ... If I return, I will find that my family is still living in a refugee camp."

The conflict in Darfur has left some 300,000 people dead and 2.5 million displaced, according to the United Nations. The International Criminal Court issued an arrest warrant for President Omar al-Bashir, who remained in power for three decades on charges of war crimes, crimes against humanity and genocide in Darfur.

The same applies to other Sudanese from Darfur. "The reason we are here is not because of the absence of diplomatic relations ... but because of the genocide and ethnic cleansing that we fled from," said Monem Haroun, 31.

Monem Haroun is from Jebel Marra in the heart of Darfur and was part of the Sudan Liberation Movement led by Abdel Wahid Nur.

The transitional government in Sudan signed peace agreements with the rebel factions, but Abdel Wahid Nour's movement in Darfur refused to sign.

"For me, it is very dangerous. Unless Abdul Wahid signs a peace agreement, I cannot return," says Monem Haroun.

"With normalization, the first thing that comes to the government's mind is that it will be able to bring back the infiltrators, and this becomes on its agenda," said Jean-Marc Leeling, an Israeli lawyer who specializes in asylum issues.

These Sudanese were fluent in Arabic and Hebrew, and they dreamed of a "bridge" between the two countries, which had been at war for seven decades.

In the Neve Chanan district of Tel Aviv, asylum seekers spend their time between shops and restaurants, some of which offer dishes of fava beans that are sprinkled with cheese that compete with the best dish in Khartoum.

Asumen Baraka, 26, who left Darfur at the age of nine for Chad, where his mother still lives in the village, says that the militias "killed my father and killed my older brother, then they took everything we had in the village."

"At one point I had two options, either to return to Darfur to fight in a rebel group or leave the camp in an attempt to lead a normal life," he added.

Usumen Baraka wears stylish clothes and works nearby in Tel Aviv where he completed his master's degree in public policy at Herzliya University.

While the young men who spoke to Agence France-Presse expressed their fear that their presence in the Israeli occupation was in danger under the normalization agreement, some said they wanted the Jewish state to see them as an asset, not a burden.

Haroun said that the Sudanese in the Israeli occupation could be a "bridge" to help build understanding between the two peoples, "I hope the Israeli government sees the important role that we can play in promoting the interests of the two countries."

"Immigration will be one of the issues on the agenda during the upcoming meetings on cooperation between Israel and Sudan," he added.

"Israel is my second home. There is no language I speak better than Hebrew, even my local language," Saleh said.