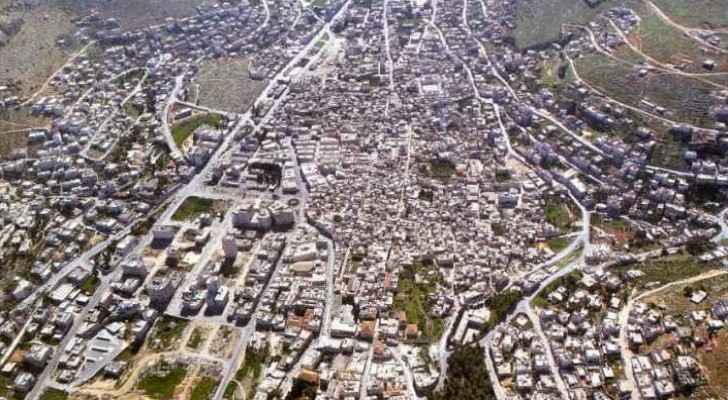 As soon as he sits on his old chair in his palace on a summit overlooking the city of Nablus in the occupied West Bank, the Palestinian billionaire Munib al-Masri asks an AFP journalist if he knows the 58 words that make up the Balfour Declaration.

The journalist replies that the promise, issued in 1917, "almost says that the British government" looks with sympathy toward the establishment of a national home for the Jewish people, and will make every effort to facilitate the achievement of this goal.

The 87-year-old Al-Masri commented, "But you forgot the main thing, which is to be clearly understood that no action will be taken that would detract from the civil and religious rights enjoyed by non-Jewish groups residing in Palestine."

"This means that we do not have political rights, and we are just non-Jewish communities in Palestine," continues the man who shed a white beard from his palace called "Palestine House.”

And he asks, "By what right do the British have what they do not have?", Referring to the promise that is the basis for the establishment of the State of Israel.

Munib al-Masri is sometimes called the "godfather of Palestine,” as he sits at the head of a family empire, "Edgo,” active in the field of services for Gulf oil companies. He also co-founded the "PADICO" Holding Company for the development of the Palestinian infrastructure, which has multiple branches in the fields of telecommunications and finance, and today it is headed by his nephew, Bashar Al-Masri.

Al-Masri is the father of six children. He left Palestine when he was eighteen years old to study geology. Today he lives alone in his palace at the highest peak of Mount Gerizim in Nablus, which was inspired by the Capra Rotanda villa that was built in the Renaissance in northern Italy.

At the entrance, a painting of St. Mark's Cathedral in Venice was hung, facing it a painting of the Dome of the Rock in Occupied Jerusalem, to testify that the Arabs "knew how to build domes" before the Europeans, he said.

In the center of the hall at the entrance to the palace is a statue of Hercules dating back to the seventeenth century. There is a Babylonian statue in one of the sitting rooms.

In the basement is a small museum of "Palestinian Memory" where the businessman appears on mural paintings of the "Nakba" of 1948.

On the walls hung pictures of Munib al-Masri, with his slender stature and blue eyes, and other pictures of him beside the Democratic candidate to the US elections, Joe Biden, the South African leader Nelson Mandela, and the late historic Palestinian leader Yasser Arafat.

Al-Masri asserts that in 1970 he secretly transported his friend Arafat from Jordan to Syria in the trunk of his car.

Al-Masri’s wealth was estimated, according to a specialized magazine, at $ 1.6 billion in 2006.

Al-Masry was never far from politics. When he was younger, he was a minister of youth in Jordan, then a Palestinian minister.

"I remember the day the professor told us about the Balfour Declaration and its meaning. I was eight years old, he read it and he made me memorize it. Since that day I have been angry."

When asked if he is happy with his wealth, he replies, "I am optimistic, but I am not happy. We cannot be happy, we live in a big prison."

"Today is the worst period in Palestinian history," said the man who traveled around the world and built a network of relationships and was enthusiastic about the Oslo peace accords in the 1990s to share the land.

From his grand palace surrounded by land planted with cypress and olive trees, Munib al-Masri dreams of reconciliation between the Fatah movements led by Mahmoud Abbas and the Islamic Hamas movement to unify the voice of the Palestinians.

He writes, without any hopes, letters to Donald Trump opposing his plan for the Middle East. Meanwhile, he sees French President Emmanuel Macron as a potential peacemaker between the Israelis and the Palestinians.

On October 22, he and a group of local NGOs filed a lawsuit in the First Instance Court in Nablus against the British government, which he holds responsible for the "Balfour Declaration.”

The lawsuit challenges the Balfour Declaration and demands its annulment and compensation to the Palestinians for the damage it caused.