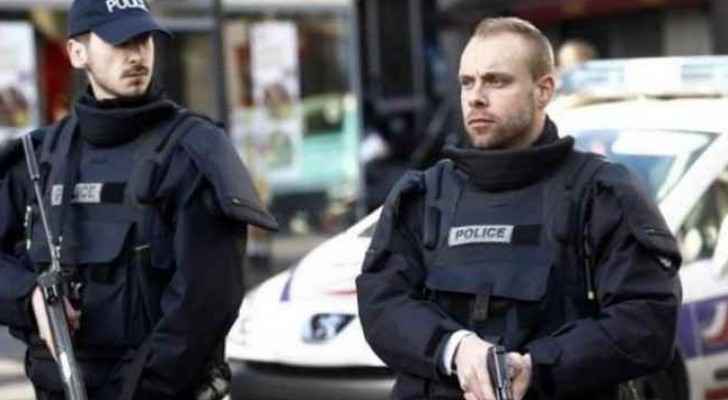 The trial of two men accused of broadcasting propaganda material on the internet for Daesh in 2016 and 2017 in France began in Paris Tuesday.

The two accused are held in pretrial detention since their arrest: the first was arrested at the end of 2017 in Roubaix and the second in mid-2018 in Dijon.

The two men are being prosecuted for "forming a terrorist evil league,” and their trial is scheduled to continue until Friday.

According to the indictment, the first accused, who is 34 years old, translated from Arabic into French press releases, radio bulletins, and video clips produced by the “Al Noor Center,” the propaganda arm of Daesh, and broadcast them on Instagram.

After the militant organization lost control of the Syrian city of Raqqa in October 2017, the accused, who, according to the indictment, had taken a nom de guerre, "Abu Al-Baraa,” assumed a leadership role in the form of recruiting and managing a team of "supporters" (translators and announcers) who spoke French. The accused pleads not guilty of holding any leadership position in the organization.

According to the Public Prosecution, Abu Al-Bara was related to a man called Hamza who lived in the Iraqi-Syrian territories that were under the control of the militant organization at the time. The investigators found that Hamza was, in fact, the French militant Adrian Gayhal, who was famous for his work in the media outlets affiliated with the organization, which claimed the Nice attack in 2016.

On the first day of the trial, the defendant denied having had any direct contact with Hamza.

"I did not speak with him directly, it was always through other people," he said in a calm tone with a muzzle on his face, indicating that he was unemployed at the time.

The accused had said during his interrogation that he felt remorse, adding, "Today, I passed the stage of remorse, I am no longer ashamed." He admitted that he had practiced a propaganda activity on behalf of the organization, but denied taking any leadership role in it.

Among his subordinates, according to the Public Prosecution, is the second defendant, a 35-year-old who worked as a delivery driver before his arrest.

According to the indictment, the second accused helped edit propaganda materials, especially in terms of checking the spelling and grammar rules, and broadcast them on Telegram.

The investigation into this case began after the Algerian authorities arrested, in July 2017, a French-Algerian girl who said that she had embraced militant ideology under the influence of a man living in Roubaix.