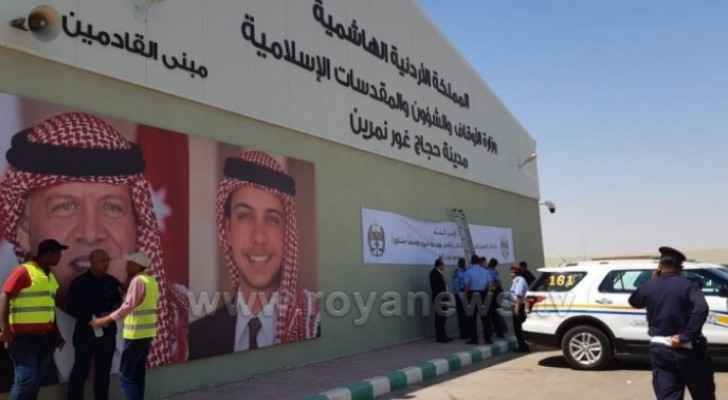 Travelers entering the country through land crossings must register via an electronic link on the VisitJordan platform.

Nationalities that need prior approval to enter Jordan are required to download a Jordanian entry visa.

The government stated on the platform that "a fee of JOD five will be added to conduct sterilization of the incoming vehicle."

They also called on travelers of restricted nationalities to register in advance to obtain approval and then complete the electronic payment.

However, only 100 people will be allowed into Jordan through both Sheikh Hussein Bridge and Al-Mudawwarah border crossing, and only 150 through King Hussein Bridge.

Truck drivers arriving to the country via border crossings are no longer required to complete institutional quarantine and must self-quarantine at home for a period of seven days. However, people arriving from Palestine which is classified as a 'red country'  will have to self-isolate for a period of 14 days, and those arriving from Saudi Arabia which is a 'green country' will be have to self-isolate for seven days.

Private vehicles will be allowed to enter the Kingdom but must be disinfected upon arrival. Those who do not own a private car, will be provided with a form of transportation by the Land Transport Authority.

Arriving citizens must cover the cost of their PCR test which is JOD 35.

Jordanians return to the Kingdom following the reopening ....

Jordanians return to the Kingdom following the ....

Jordanians return to the Kingdom following the ....

Jordanians return to the Kingdom ....