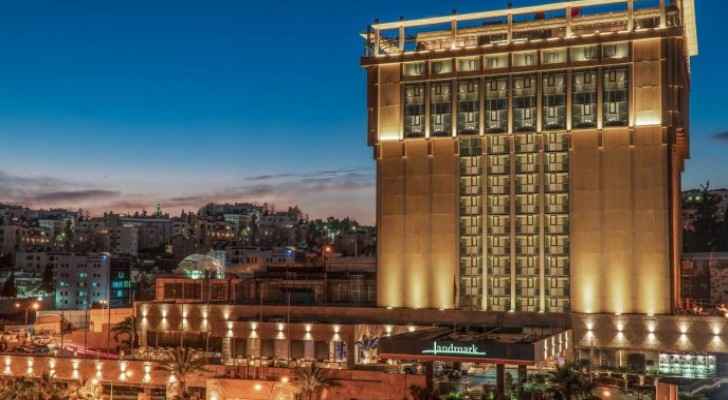 The Ministry of Labor Tuesday approved the request to shut down the Landmark Amman Hotel for a period of two months starting November.

The Ministry of Labor had instructed Holiday, the Jordanian company that owns the hotel in the Kingdom, to pay their employees' wages for the month of March, based on Defense Order number six, as well from April 1 until November 1.

According to the Defense Order, the Ministry said the employer must not engage in any work or activity during the suspension period.

The employer is not obligated to pay workers' wages during this period.

The suspension period does not mean the termination of employee contracts and will not count as part of their contract period.

All the employer's financial and contractual obligations remain in place during the suspension period, with the exception of wages, according to the ministry.

In the request to shut down, the company said the decision was due to the difficult economic conditions and lack of reservations in light of the coronavirus crisis, which require reducing operating costs.

The company stated that it will no longer have enough money to pay employee salaries after paying their wages in October.

Jordan in negotiations with more than one company to buy ....

Jordan in negotiations with more than ....