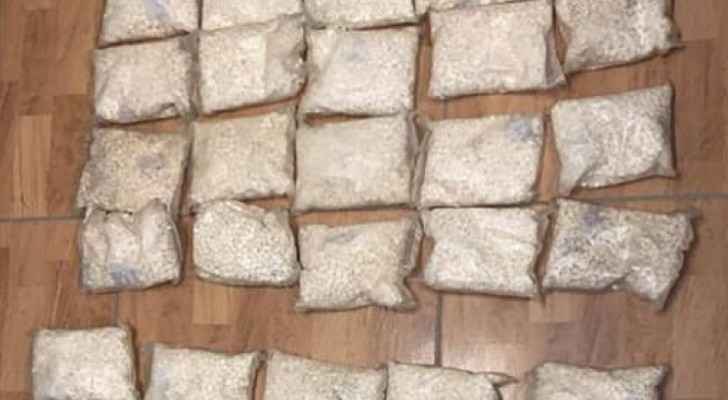 The Anti-Narcotics Department at the Public Security Directorate (PSD) has foiled three attempts to smuggle narcotics in and out of the Kingdom during the past few days, and arrested those involved in the three cases Tuesday.

The media spokesperson for the PSD said that the workers in the Anti-Narcotics Department have been actively following up on all criminal activities related to narcotic substances, smuggling, trafficking and promotion.

They have intercepted three attempts to smuggle narcotic substances, two of which came from two border crossings, in cooperation with security authorities and Jordanian customs.

In regards to the first drug interception, The Anti-Narcotics Department received tips about a group of people preparing large quantities of pills to smuggle into one of the neighboring countries.

Two individuals were arrested while the vehicles were searched and 100,000 pills were found in the vehicle tire.

Twelve bags were found containing Methamphetamine, which were hidden in an undisclosed fashion and one person was arrested.

In the third drug interception, a person of Arab nationality was arrested on one of the border and two kilograms of Methamphetamine was found in his luggage.

The three cases were transferred to the Public Prosecutor of the State Security Court.